Unless someone forks over a cool $42 million ransom to a couple of hackers, Donald Trump‘s “dirty laundry” is about to get aired out after they’ve broken into the computer systems of high-profile celebrity law firm Grubman Shire Meiselas & Sacks.

Initially demanding $21 million, the suspects claim they’ve stolen at least 756GB of highly-confidential data on not only Lady Gaga, Drake, Madonna, Nicki Minaj, Elton John, Mary J. Blige, and Mariah Carey, but number 45 also made the list with others. Now, the hackers are threatening that Trump is the next target to get blasted.

They write, “The next person we’ll be publishing is Donald Trump. There’s an election race going on, and we found a ton of dirty laundry on time. And to you voters, we can let you know that after such a publication, you certainly don’t want to see him as president. Well, let’s leave out the details. The deadline is one week.”

Variety writes that the hackers have received a payment of $365,000 in connection to their original ask. However, since they weren’t paid in full, they upped the ante to $42,000,000.

The law firm, who’s working with the FBI, confirmed earlier this week, “We have notified our clients and our staff [of the cyberattack]. We have hired the world’s experts who specialize in this area, and we are working around the clock to address these matters. We are grateful to our clients for their overwhelming support and for recognizing that nobody is safe from cyberterrorism today.”

Amazon CEO Reportedly Will Become The First Ever Trillionaire By 2026

A review site looked at 25 of the richest people and found that only 11 had a realistic shot at becoming trillionaires during their lifetimes. And as they see it, Bezos will likely get there first.
byBien Luigi

Are You Safe Riding With Uber? Another Uber Driver Accused Of Assaulting Passenger.

Uber acts as if you are assaulted, or raped, that you signed up for it when you decided to get into a car with a stranger. Is this really safe?
byMelony Hill 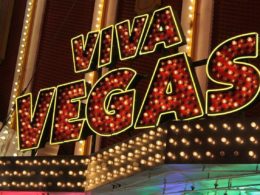 Covid-19 has left every industry crippling. Though the Casino has an impressive presence online, the land-based Casino has felt the heat.
byBrennen Jones