“After I used her product, I did find out she was unlicensed but I didn’t think it was a big deal because I had already used her products and I felt good about it,” Says Meagan.

Earlier this week, Meagan Good responded to a follower who mentioned her skin becoming lighter.

“Meagan looked better dark skin,” the commenter wrote. “She not so pretty anymore she looks average…But her dark skin was above average…Why did she bleach,” they continued.

After years of being mum about the situation, the actress spoke about it for the first time and replied:

“I didn’t Queen, A (unbeknownst to me) unlicensed aesthetician gave me a product to correct a sun damage mark on my forehead that messed up my skin,” she revealed.

“By the grace of God only, I’m about 80% through recovery and regaining my color daily. To be honest it was a beyond painful and traumatic experience because I would never wish that on anybody,” she expressed.

“I’d really appreciate if you wouldn’t continue to spread assumptions and rumors. God bless you.”

In a recent interview, the 38-year-old provided more details about her skin lightening. But, first, she made it clear that she loves her Black skin.

She stated, “To think there’s little girls seeing this commentary and thinking it’s true. it broke my heart that in a season when you have young Black men and women being murdered everywhere that someone would think for one second that I don’t love my Black skin. That bothered me. When it all first happened, it was extremely traumatic because I had gone to this woman for a scar removal-a dog bite on my leg. Initially, she wasn’t going to try her products but the aesthetician insisted that she tried one of her products for “sun damage.” “I used her anti-aging products and there were phenomenal I was like, “she’s the truth.” After I used her product, I did find out she was unlicensed but I didn’t think it was a big deal because I had already used her products and I felt good about it.”

The skin bleaching rumors have been around for a while now. It’s nice to see that Maegan was able to share her experience to help others. 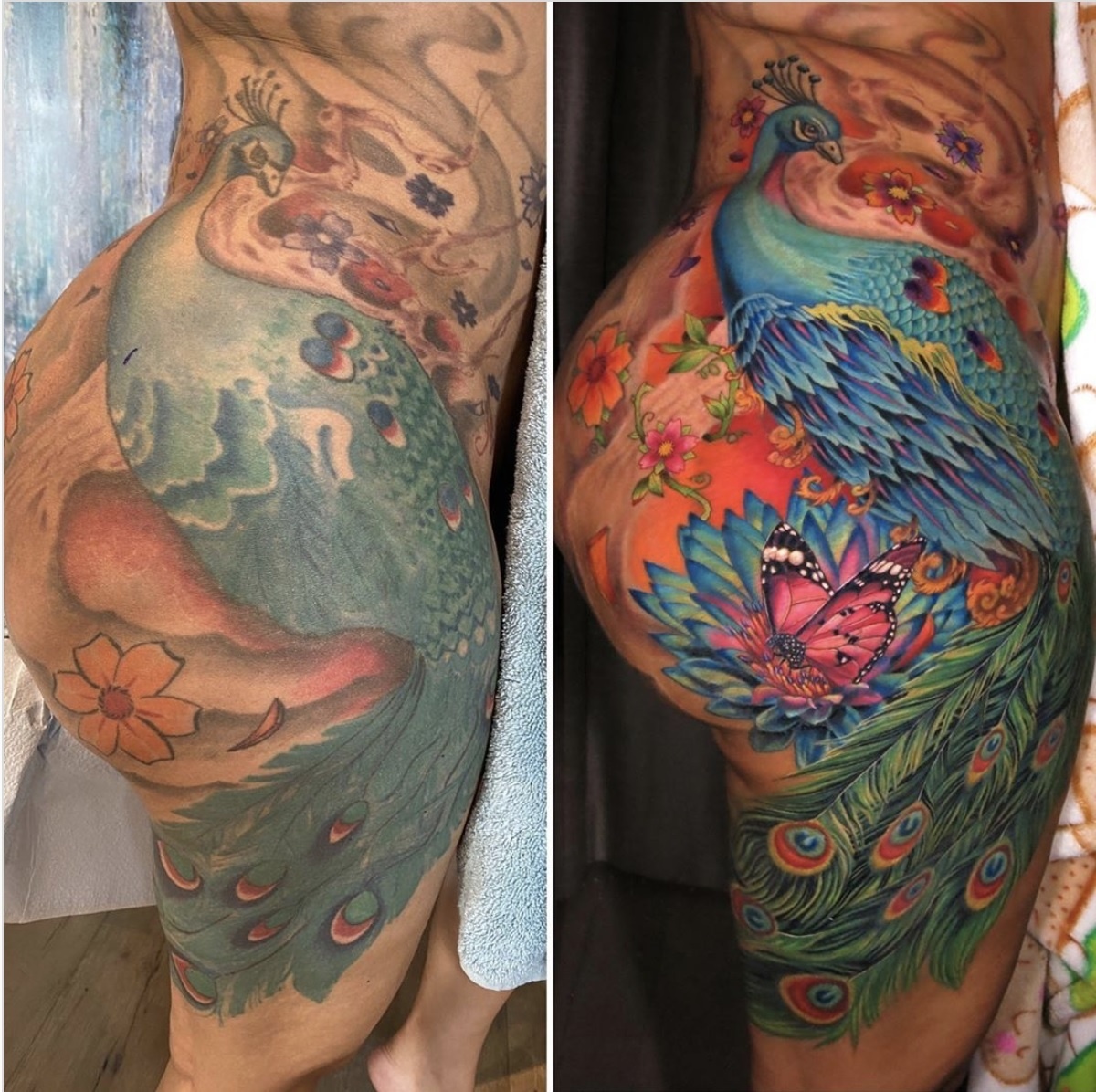 Glee is Paying Tribute to the Late Great Whitney Houston

Glee is going all out to honor the late Great Whitney Houston.
byValaney

An independent filmmaker has just released an epic trailer that captures Zola's story, which went viral and broke the internet a week ago.
byBrennen Jones