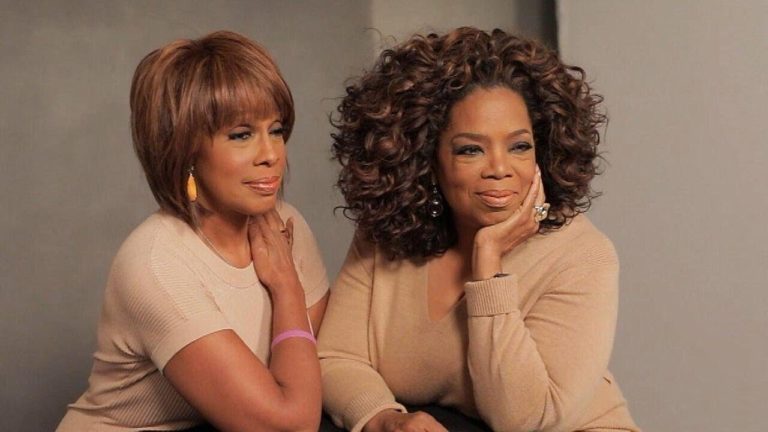 Staying at a home owned by Tyler Perry, the Duke and Duchess of Sussex recently relocated to Meghan’s hometown. Reports suggested that Winfrey had facilitated Perry opening up his home to the Sussexes, but King said Winfrey had nothing to do with it.

“Oprah didn’t hook that up. Harry and Meghan know people,” the CBS This Morning co-host said in a new interview with Entertainment Tonight on Wednesday. “Tyler knows people. Oprah knows people, but she did not make that connection for Harry and Meghan to live in Tyler’s house.”

Representatives for the Sussexes and Perry have not publicly commented on their living arrangements.

King spoke about covering Meghan and Harry’s historic wedding at Windsor Castle on May 19, 2018.

“Everybody was so excited about the story and for the two of them and for what was to come,” the TV host told ET of that whirlwind day.

She added, “They’ve got a little baby, Archie, they’re living in the United States, and I think the fairy tale continues for them and it just makes me happy.”

Both King and Winfrey have been ardent supporters of the Duke and Duchess of Sussex. After Harry and Meghan announced their intention to step back as working members of the royal family in January, Winfrey defended their decision.

“I support them 1000%. I support them because I believe that when you have thought about this as long as they have, and even in the queen’s statement ― everyone take note ― where the queen says, this has been going on for months,” Winfrey said at the time in an interview with TMZ.