Chicago mayor Lori Lightfoot was ready with an answer when she was asked if there was anything she’d like to say to Donald Trump.

“I will encode what I really want to say to Donald Trump. It’s two words: It begins with ‘F’ and it ends with ‘U.’” she said on Friday.

The Chicago mayor also said the president’s comment “was profoundly dangerous,” according to WGN TV. “And we must stand firm in solidarity and say this is totally unacceptable no matter who the speaker is.”

Lightfoot added: “And we see the game he is playing. Because he’s transparent and he’s not very good at it.” 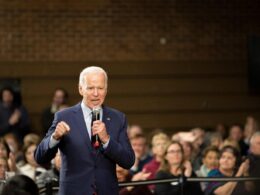 There’s not long to go until the US presidential election on November 3rd, and the eyes of the world are on the national polls.
byTUT Staff

In Texas, the establishment is really making it harder for Blacks and Latinos to vote.
byBien Luigi