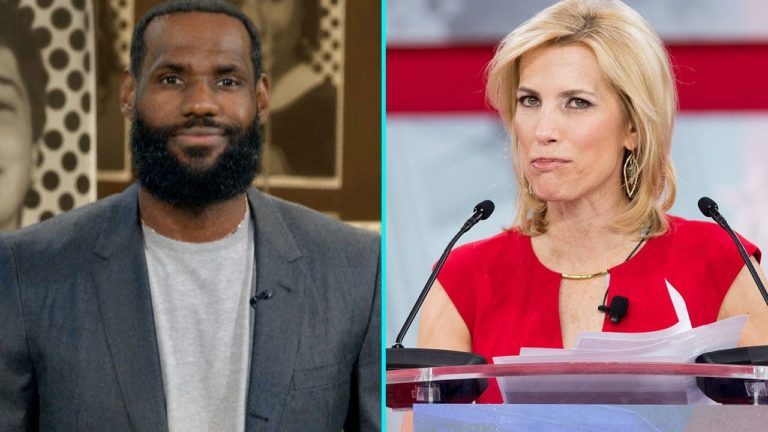 Due to her apparent bias in respect to which athletes, Fox News personality Laura Ingraham is being called out as she deems worthy of having a voice outside of sports.

Previously telling LeBron James to “shut up and dribble” when he publicly criticized Donald Trump, the same woman is now defending Drew Brees’ disapproval of NFL players kneeling during the National Anthem.

She said she should be “allowed to have his view on what kneeling and the flag means to him.”

Laura Ingraham referred to the criticism of Brees as “Stalanist,” while it is noted that Brees has since issued an apology.

Along with many others, LeBron responded to a video of Laura shared by Complex Sports, saying, “If you still haven’t figured out why the protesting is going on.”

“Why we’re acting as we are is because we are simply F-N tired of this treatment right here! Can we break it down for you any simpler than this right here???” LeBron asked in reference to the video. “And to my people don’t worry I won’t stop until I see CHANGE!!!”

Usually only applying to Black athletes and sports commentators, the “stick to sports” argument has always been selective, when using their positions to advocate for social justice.

Another example would be former ESPN anchor Jemele Hill, who had even the White House calling for her firing after she called Trump a “white supremacist” but in that same token, people have expressed outrage about Curt Schilling’s dismissal from the network for his offensive postings on social media, according to Forbes.

Laura’s obvious contradicting viewpoints of LeBron and Brees had other athletes speaking out.

The Utah Jazz’s Donovan Mitchell tweeted, “Funny how the narrative changes…”L.A. Chargers player Keenan Allen said, “Wow…so Bron and KD need to shut up and dribble but DREW BREES (white man) can have opinions…RACISM!!!”But if Laura didn’t get fired back then, who knows if she’ll face any disciplinary action for this faux pas.