As the main actress regret for starring in the film, some call out for Netflix to remove it from their list of shows.

People have taken to other assets to study more about racism as protests vented all over the world.

Causing writers to speak out, the 2011 Viola Davis led movie, The Help, surprisingly become number one on Netflix.

However, some say it doesn’t give an accurate portrayal of racism since many feel that it carries a “white woman” savior tone.

To a separate Black Lives Matter post by Netflix, Madison III reacted by writing, “Okay but be a soldier and delete ‘The Help’ from Netflix.”

Viola expressed her regret for starring in the film in a 2018 Vanity Fair interview.

She stated, “I“I just felt that at the end of the day that it wasn’t the voices of the maids that were heard. I know Aibileen. I know Minny [played by Octavia Spencer, who won a best-supporting-actress Oscar]. They’re my grandma. They’re my mom. And I know that if you do a movie where the whole premise is, I want to know what it feels like to work for white people and to bring up children in 1963, I want to hear how you really feel about it. I never heard that in the course of the movie.”

Not only does “The Help” face this but other racial-related films also saw a surge.

According to iTunes, “Do The Right Thing,” “Just Mercy,” “Waves,” “I Am Not Your Negro,” Selma,” and “Remember The Titans” have all received high streaming numbers amid the protests.

There have been an excess of protests since the death of George Floyd while he was in police custody. Though some of the protests have turned to looting and vandalizing, not all was lost as Derek Chauvin, the officer whose knee was on George’s neck, and the other three ex-officers have now all been charged.

Additional footage of George Floyd’s death showed three officers pinning him down while he struggled to breathe. People felt that evidence alone warranted all officers involved being charged.

Ultimately, it took a week for Chauvin’s charges to be upgraded and for the other officers to receive charges, as well. 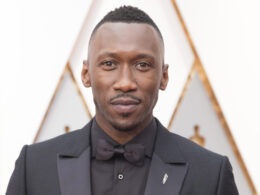 Although he was raised as a Christian, in the 2000s, the Ahmadi Muslim actor converted to Islam.
byBien Luigi

The original “Friends” cast had been set to reunite for an HBO Max special but it has been delayed numerous times due to the ongoing coronavirus crisis.
byBien Luigi

Back in March, he dropped the track "More More More" and now Wiseproof is showing fans the visual for the track.
byVictoria Johnson