The network previously said it was temporarily pulling the show from its lineup. However, they are cancelling it now.

A long-running show that followed real police officers on the job, “Cops,” is now cancelled by Paramount Network amid nationwide protests over police brutality, racism, and general alarm over systemic law enforcement abuses in the U.S.

Being one of the longest-airing television shows outside broadcast news, the cinéma vérité-style show has been on the air since 1989.

The network said last week it was temporarily pulling “Cops” from its lineup, postponing this week’s start of the show’s 33rd season “out of respect for the families of George Floyd and others who have lost their lives,” a spokesperson said, citing the police killing of Floyd in Minneapolis last month.

However, they’re pulling the plug altogether. The unscripted show has repeatedly come under fire for the one-sided perspective it offers on policing by embedding camera crews with cops as they pursue and arrest suspects, sometimes in humiliating fashion.

In 2004, a study of the show concluded it was racially skewed because it featured cops arresting Black and Latinx suspects for violent crimes at rates disproportionately higher than in reality. Last year, the podcast “Running From the Cops” came to similar conclusions.

The TV show that turned policing into entertainment would go on to face other serious criticisms. “Running From the Cops” also found that officers followed on the show would sometimes coerce subjects into signing filming releases and that the show’s producers let police departments have the final say on what aired, thus letting the police dictate how they were portrayed on screen. In some cases, the show found, police used aggressive tactics condemned by the Justice Department, protected under the premise of a show that shines a positive light on cops.

Other investigations have found that officers on the show sometimes took direction from camera crews regarding how to handle arrests. 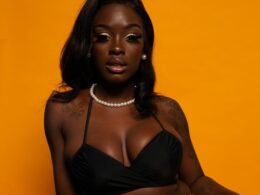 She demands respect and will raise her voice until she gets it
byAshly E. Smith