“Breonna’s Law,” which bans no-knock warrants and requires officers body cams to be on for 5 minutes before and after the search.

A partial victory regarding the Breonna Taylor case can be seen despite the officers have yet to be arrested.

The Louisville Metro City Council unanimously passed on Thursday the “Breonna’s Law,” which bans no-knock warrants and requires officers body cams to be on for 5 minutes before and after the search.

Just one day after the incident report was released, “Breonna’s Law” was passed and the four-page document only lists basic information.

Breonna Taylor was fatally shot by police on March 12, after a no-knock warrant was served. Taylor’s boyfriend, Kenneth Walker, fired a warning shot, hitting one officer in the leg, as he believed that intruders were breaking into their apartment. He was arrested and charged with attempted murder but the charges were dropped.

Detective Joshua James who applied for the warrant has been placed on administrative reassignment, according to Wave 3.

Interim LMPD Chief Rob Schroeder said on Wednesday, “This matter has also been referred to the FBI,” adding, “This is all part of the process of getting to the truth of what happened that night, and leading up to that night.”

The other officers involved have also been placed on administrative leave. 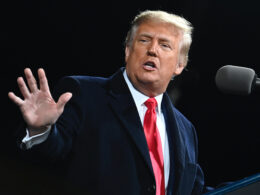 Following a rise in reports of Anti-Asian harassment due to the coronavirus outbreak, New York State Attorney General Letitia James has launched a hotline for Asian Americans to report hate crimes and discrimination.
byBien Luigi

Thankfully, the incident didn’t have fatal results but that was certainly the fear of the bystanders who pleaded with the officers to let the teens go.
byBien Luigi