It has been a matter of debate dating all the way back to the establishment of the District of Columbia in the late 18th century that Washington, D.C., residents’ lack of voting power and autonomy.

On Tuesday, Democratic leaders in Congress announced that the chamber will hold a vote next week to officially identify Washington, D.C., as a state, a move that will bring the district one step closer to representation in Congress and control over its local affairs.

It has been a matter of debate dating all the way back to the establishment of the District of Columbia in the late 18th century that Washington, D.C., residents’ lack of voting power and autonomy. The issue was pushed to the forefront recently after President Donald Trump deployed federal police to quell nonviolent anti-racism protests near the White House despite activists and some local politicians have been calling for statehood ever since.

“For more than two centuries, the residents of Washington, D.C., the District of Columbia, have been denied their right to fully participate in their democracy,” House Speaker Nancy Pelosi (D-Calif.) said at a press conference Tuesday.

“And in recent days, we have seen a disturbing physical manifestation of that injustice when federal agents and out-of-state National Guard troops were deployed against peaceful protesters in the District without residents’ approval,” Pelosi continued.

It will require approval in the Senate after the bill passes in the House, where Republicans in the majority have long voiced staunch opposition to D.C. statehood.

House Majority Leader Steny Hoyer (D-Md.) said the vote for D.C.’s statehood is scheduled for June 26. Currently, the bill has enough Democratic co-sponsors to pass in the House, and a number of Democratic senators have signed on as co-sponsors, as well.

“There shouldn’t be troops from other states in Washington, D.C.; there shouldn’t be federal forces advancing against Americans; and there very definitely shouldn’t be soldiers stationed around our city waiting for the go to attack Americans in a local policing matter,” Bowser said.

After Trump threatened to sic “vicious dogs” and “ominous weapons” on local protesters, Bowser called his comments “an attack on Black America.” The majority of D.C. residents are Black and brown.

Almost unanimously, Republicans have vowed to oppose any measure giving political representation to the more than 700,000 residents of Washington, D.C. Several of those opposed have made clear their motives are strictly political.

In June of last year, Senate Majority Leader Mitch McConnell (R-Ky.) inexplicably referred to calls for D.C. statehood as “full-bore socialism” because it would “give them two more new Democratic senators.” Democrats’ call for statehood do not guarantee the district will be represented by Democrats, but McConnell said the bill will go nowhere as long as he leads the Senate.

In May of this year, Trump told the New York Post that Washington, D.C., will “never” become a state because of the potential it could elect Democrats to office.

Cardi B's Thigh Tattoo Freshened Up After a Decade

The Battle Continues On At Capitol Hill. Exclusive Interview With An Arrested Protester. Democracy Awakening Takes Over 5,000 Strong.

"The experience was probably the most significant thing in my life up until this point. Its a powerful feeling, knowing that you aren't scared of the government, but careful of it. It is so inspiring to see hundreds of people from all walks of life and generations willing to tarnish their record as myself for a cause they believe in."
byMelony Hill 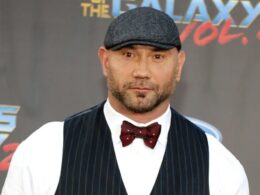 5 NC Sheriff Deputies Disciplined For Failure To Serve And Protect At Trump Rally.

All citizens are equal and subject to the penalties of breaking the law. Jones was a peaceful protester, detained and released without charges. McGraw committed an assault and was allowed to walk free to attack another or even kill had he felt the urge.
byMelony Hill