As of right now, 2 Chainz has not publicly responded to the lawsuit.

Reports show that 2 Chainz is being sued by the family of Pablo Escobar are wanting $10 million for using the Escobar name for his two Atlanta restaurants.

Escobar Inc., Pablo Escobar’s family company, has officially filed a lawsuit against 2 Chainz for an estimated $10 million. They are claiming that his Tapas Locations and Atlanta Escobar Restaurant violate federal law due to its unauthorized commercial use of the Escobar name and likeness.

The company is furious in the presented legal documents, that 2 Chainz put their family name not only across both of the restaurants—but also on the Escobar Restaurant and Tapas website, social media accounts and clothing sold with the Escobar name. The company says it owns the trademark to the Escobar likeness and he is using the name to generate traffic and sales.

They also pointed out that 2 Chainz has the real Escobar’s image painted inside one of his restaurants and named an item on the menu the “Escobar Crab Cakes.”

Escobar Inc. is currently seeking at least a minimum of $10 million, plus an injunction blocking use of the name and likeness at the restaurants.

As of right now, 2 Chainz has not publicly responded to the lawsuit.

5 Tips For Starting Your Own Business

Starting a business isn’t something that you’re born knowing how to do.
byTUT Staff 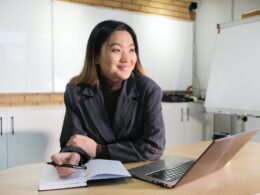 Why You Should Open a Business in New York

New York is a city, and state, unlike any other.
byTUT Staff

A Beginner’s Guide to the Grocery Business: How to Price Your New Product

Before launching your new grocery product, it is imperative to solidify your pricing architecture to accommodate channels of…
byJonah Carte

The company initially responded to complaints by saying the race of the people in the ad was irrelevant. The company also said it was “surprised and shocked that our Instagram story could be so misunderstood.”
byBien Luigi