West is reportedly a candidate affiliated with the “Birthday Party,” a designation he hopes will counter the Democratic and Republican parties.

A “Statement of Organization” form was submitted by Andre Bodiford, now listed as West’s campaign treasurer, one day after a report surfaced that Kanye West would be ending his campaign to run for President of the United States.

However, the form can only be initiated if West raises or spends more than $5,000 in campaign movement, which he has yet to do.

West is reportedly a candidate affiliated with the “BDY” in the form submitted to the FEC, which likely stands for the “Birthday Party,” a designation he hopes will counter the Democratic and Republican parties.

West, 43, shocked the nation when he announced his bid for president on July 4, 2020. In a tweet, West wrote, “We must now realize the promise of America by trusting God, unifying our vision and building our future. I am running for president of the United States! #2020VISION.”

The tweet caused a stir on social media where political experts and news outlets weighed in on West’s chances of defeating Donald Trump or Joe Biden during the 2020 presidential election. He initially received support from some celebrities.

However, West revealed his unpreparedness during an erratic interview, where he claimed to be part of the “Birthday Party,” instead of running as a Democrat or Republican. He also said he would want to model his presidency after Wakanda, a fictional country in the film, Black Panther.

But even with his lack of preparedness to be president, West received 2 percent of the vote in a national presidential poll conducted by Redfield & Wilson.

The mayor, an elected official, is under fire for a series of posts over several month depicting President Obama and the first family as apes and monkeys as well as a post that suggest the president should be hung.
byMelony Hill 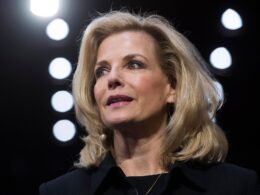 The White House did not comment on the terminations and there were no further details if there would be more firings amid the election results.
byBien Luigi