During the league’s restart in Orlando, an Oklahoma state representative isn’t too doting of the NBA players kneeling for the national anthem.

Rep. Sean Roberts (R-Hominy) proposed reexamining tax benefits that the Oklahoma City Thunder receives from the state in a statement on Friday. He claims that “by kneeling during the playing of the national anthem, the NBA and its players are showing disrespect to the American flag and all it stands for.”

Standing or not standing during the national anthem in protest of police brutality and systemic inequality is an expression of free speech, which is a right given to us by the U.S. Constitution. This is the very freedom that is supposed to define the country. However, individuals resistant to confronting our nation’s history determined it only applies to some, but not others.

As NBA players, coaches, and referees almost all kneel during the anthem, unified in a form of peaceful protest, people like Roberts either don’t want to understand, don’t try, or get what’s going on and make it a point to vilify, instead. Players are not kneeling to protest the national anthem — this has been explained over and over again. This is to raise awareness against social injustices that plague Black Americans on a daily basis. The lack of quality education, poverty, job growth, and treatment by the criminal justice system are destroying families, not the Black Lives Matter movement.

Black Lives Matter is not just an organization, it is a way of life. No one is saying only Black lives should matter, people are saying Black lives should matter just as much as others. We want the country to live up to its ideals: freedom, liberty, and justice for all. That has not been happening, and Black and brown people are living it every day of our lives. LeBron James is right: “Black Lives Matter is not a movement, it’s a lifestyle.”

As for the act of kneeling, Los Angeles Clippers head coach Doc Rivers recently made powerful comments about taking a knee, mentioning the death of George Floyd.

Truly, the true essence of disrespect and dishonor is a politician threatening to end funding to citizens who are practicing their constitutional rights to peacefully protest. It is a first amendment violation and the government is prohibited from penalizing private citizens for protected actions. And as for Roberts’ hopes that his threat would land, Thunder players and coaches knelt prior to their game on Saturday afternoon.

Perhaps Mr. Roberts needs to put his attention to more important things that are going on in the state of Oklahoma to protect his constituents, because as this shows, the Oklahoma City Thunder are not intimidated by what he has to say and are choosing to use their platforms to peacefully demand change.

Members of the Same Class retire days a part 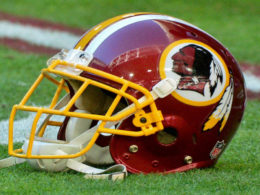