While Boylen agreed to a “multiyear extension” in May 2019, reports suggested the 2021-22 season may have a team option on it.

With a ton of uncertainty regarding the future, every NBA team is dealing with financial strife to some degree. However, it’s the Bulls who seem to be having the most difficulty maintaining a competitive franchise in spite of their money problems.

Jerry and Michael Reinsdorf, father and son Chicago owners earned lots of good advertising earlier in the summer when they hired the well-regarded Arturas Karnisovas and Marc Eversley to run the front office after the lengthy tenure of John Paxson and Gar Forman.

Now, the owners seem to be constraining that front office’s ability to fill out the organization by demanding that head coach Jim Boylen remain in place despite a 39-84 record over two seasons coaching the team.

According to a new report, “there is strong growing momentum that financial concerns the Reinsdorfs have about the 2020-21 NBA season will keep Boylen in his current seat, as well as most of the coaching staff.”

Cowley confirms that experienced coaches like Adrian Griffin and Ime Udoka were in conversations with the Bulls this summer before ownership made its stance known. But Boylen’s $1.6 million salary is among the lowest in the NBA and will help the Reinsdorfs keep costs low in 2020-21.

While Boylen agreed to a “multiyear extension” in May 2019, reports suggested the 2021-22 season may have a team option on it. That would give Karnisovas and Eversley one last season to build a better roster, put their imprint on the organization, and challenge Boylen to improve the record before installing their own candidate.

These lame-duck situations happen often in the NBA and rarely go well, but money seems to be talking louder than anything in Chicago right now.

Tony Dungy…coming back to defend title

Tony Dungy is coming back to the Colts.
byBrennen Jones

You think you have what it takes to pick the most winners and become the king of the NCAA tournament hill? Join our free bracket and show us what you got.
byBrennen Jones
Read More 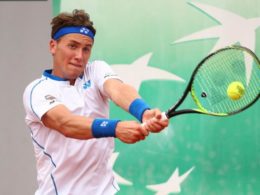