City Girls responded at fans for their attack, but many believed their slow response was due to some sort of beef with the two rappers.

Just a little over a month detached from their third album, City On Lock, City Girls found themselves in a war of words with fans on Twitter.

This happened shortly after Cardi B and Megan Thee Stallion shared the video for their soon-to-be No. 1 single, “WAP.”

Stans of Megan, Cardi, and other rappers took issue with City Girls’ lack of support for “WAP” on social media in the mere hours following the video’s release and called out the Florida-based rappers for their slow response to the song.

City Girls responded at fans for their attack, but many believed their slow response was due to some sort of beef with the two rappers, something City Girls denied in a recent interview on The Morning Hustle.

“Let me correct you. Cardi [B] did promote our album,” JT said after the host incorrectly stated that her and Yung Miami’s anger was due to Cardi or Megan not supporting their City On Lock album. “We was not talking about any artist in specific. I was talking about those fan pages.” JT would also clarify their support of Nicki Minaj in any instance is not out of any spite towards Cardi B. “When we talk about Nicki Minaj, we’re not doing some shade at Cardi. We’re just personally fans. For us to be artists, we deserve to like everybody too. It’s not nothing against her, it’s not nothing against anybody, period.”

Morocco: A Hot Destination for Families With Teens

Smith asked his former cast mates if there was ever a time they felt confined in their lives because people expected them to be their characters.
byBien Luigi 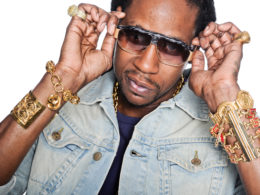 His career path is a testament to persistence, self-sufficiency, and the brains to read the room.
byBien Luigi 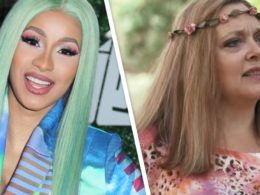 ‘You Killed Your Goddamn Husband’: Cardi B Responds To Carole Baskin’s ‘WAP’ Comments

Baskin claims the tigers shown in the “WAP” video were most likely photoshopped, and if not, they were mistreated on set.
byBien Luigi