It looks like Portland Trail Blazers want to extend their first round series but without the services of their best player against the Los Angeles Lakers.

On Tuesday afternoon, the team announced that Damian Lillard will not be able to play on Wednesday evening due to an injury he suffered on Monday night. The injury is classified as a right knee sprain.

In the third quarter of Monday’s blowout loss Lillard hurt his knee, which pushed Los Angeles to a 3-1 lead in the series. He cautiously made his way to the back and was ruled out for the rest of the game, and the results from the first MRI he received were indecisive.

While it is great that Lillard did not suffer a more serious injury that could require surgery and/or months of rehabilitation, losing him for Game 5 seems like the sort of thing that could lead to the team’s entertaining run in Orlando coming to an end.

Lillard has been the team’s heart and soul during their time in the Bubble, earning the MVP award for the seeding games and providing numerous moments where he put the team on his back and led them to a win. Now, the onus to get the team to a Game 6 falls onto guys like Carmelo Anthony, CJ McCollum, and Jusuf Nurkic, all of whom are capable of doing incredible things but have quite the tall task ahead of them, 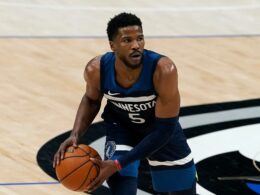 Any jail or house arrest time he could face would not take place until after the NBA season.
byBien Luigi 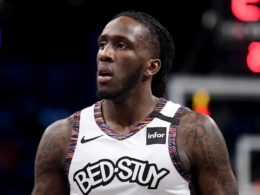 He would be the third Nets player to test positive of Coronavirus.
byBien Luigi