West is also a suspect of failing to pay MyChannel $7 million for their contributions to Yeezy Apparel.

Kanye West‘s political ambitions so far haven’t slated out as well as he would have liked.

This time his Yeezy Apparel is another problem. His apparel line is now facing a lawsuit from a tech company for breach of contract.

MyChannel is seeking more than $20 million dollars in compensation after the company claims West copied their video commerce technology after walking away from a promised $10 million investment. Due to West’s financial promise, the lawsuit also says that MyChannel moved its headquarters from Pennsylvania to California, then again to Illinois.

West is also a suspect of failing to pay MyChannel $7 million for their contributions to Yeezy Apparel.

On top of that, the lawsuit says West rebranded the company as YZY Tech and presented “ideas such as those of [MyChannel] as his own” in business meetings with brands like Adidas and more. MyChannel claims that once talks fell through with West, the company saw him using a copy of their technology to sell merch in his Sunday Service videos. Additional accusation include “breaching an oral partnership agreement, preventing MyChannel from earning millions, encouraging the company to invest millions, withholding a promised $10 million investment, and violating MyChannel’s non-disclosure agreement by copying their video e-commerce technology.”

The lawsuit arrives soon after West was banned from Wisconsin presidential ballots and reportedly missed an important financial deadline for his presidential campaign.

Yesterday Actor Leslie Nielsen passed away and a part of my childhood died as well.  I will always…
byBrennen Jones 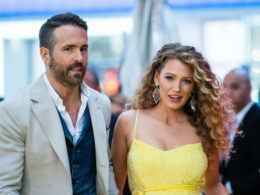 Reynolds got called out, when he tweeted support for 2018’s Black Panther release, and he was greeted with reminders of how he got married on lands where slaves suffered.
byBien Luigi

Mrs. Obama claims to know every Stevie Wonder song on the planet and I'm not even mad at her. The First Lady danced around and sang along to Beyonce's hit “Single Ladies” and Missy Elliot's “Get Your Freak On.”
byMelony Hill