Medical Inventions That Shaped Medical Care as We Know It

Modern medicine didn’t suddenly come into being, and it is the combination of many different discoveries over centuries that equips medical professionals with the tools they use every day for diagnosis and treatment.

Modern medicine didn’t suddenly come into being, and it is the combination of many different discoveries over centuries that equips medical professionals with the tools they use every day for diagnosis and treatment. Here are some of the most important medical discoveries that have shaped medical care today.

There are a great many medications that require intramuscular or similar injection and instances where your doctor needs to introduce medication into your body. This has been made possible by the introduction of the hypodermic needle and accompanying syringe. It also allows pathologists to draw blood from you for tests and preventative medicine.

The humble hypodermic needle has infinite uses in the modern healthcare system and it has been around in one form or another for a very long time. There are records of ancient civilizations like the Romans and Egyptians making use of fashioned hollow tubes used for extraction, but it wasn’t until much later that the injection method was used. Records point towards a Scottish doctor in the 1800s called Alexander Woods who first used a needle and syringe combination for the injection of morphine. Today the hypodermic needle costs mere pence and is one of the most used medical devices.

A quick and easy sign of illness is your body temperature rising above normal. In humans, a temperature of above 37.8 degrees is considered high and is a sign of a fever, which is usually caused by your body fighting infection. Over time, measuring this temperature has got easier with the introduction of the modern thermometer. It was in the 1630s that the thermometer first saw use with the creation of a thermometer that was able to accurately determine temperatures without being invasive. Over time, these temperature sensing devices have become cheaper and other options have become available – like the in-ear and even contactless thermometer. Thermometers have been one of the most instrumental medical devices against the threat and spread of COVID-19 this year too.

The process of listening to the sounds created by the internal organs is called auscultation and has largely been made a part of medical diagnosis thanks to the invention and widespread use of the stethoscope. The device is used most often to listen to the sounds created by the ear and lungs and has been instrumental in the early detection of irregularities and identification of internal injuries. Before the stethoscope, physicians would need to press their ear against their patient’s chest to get a fraction of the sound that a stethoscope can produce. The idea came about in the early 19th century in France by a physician called Rene Laennec who didn’t like the idea of pressing his ear against the chest of a young female patient. Instead he used a rolled-up newspaper. This gave him the idea to create the stethoscope, which saw its creation a few short years later. Today, modern medicine has fully embraced the stethoscope, even to the degree of using the devices via the internet for remote diagnosis and monitoring.

Orthodontics as a modern practice is quite a new pursuit in the medical field, having only really found widespread use in the 1970s. While crude orthodontics have been found throughout history, even on some remains in Egyptian mummies, orthodontic braces as we know them today are a product of the invention of dental adhesives of the 1970s. These devices use small brackets glued with adhesive to each tooth and a piece of wire attached to each with an elastic to slowly move the teeth in the mouth into alignment. Orthodontics and the alignment of teeth offer more than just aesthetic and appearance changes. They can correct underbites, overbites and tooth spacing issues as well as repair impacting teeth, which can greatly improve dental and oral hygiene in patients.

Modern advances in orthodontics have seen the introduction of clear braces and night-time clear aligners from companies like Aligner Co which have made braces not only unnoticeable to others, but less painful. They have also lowered the maintenance requirements as they are easier to clean and removing monthly orthodontist appointments. Read more here about Aligner Co’s treatment options.

The first in the list of three diagnostic and imagery machines is the x-ray. It was in 1895 that the discovery of x-ray was made by Wilhelm Conrad Roentgen, a professor in Germany at the Wuerzburg University. With the discovery that x-ray could pass through solid objects, it didn’t take him long to turn it on to the body with the discovery that it can see through the tissue of human beings. He first experimented with the idea on his wife, Bertha, and soon discovered that while it could pass through tissue, it didn’t pass through bone or metal and thus the x-ray was added to the ever-growing kit of medical diagnostics available to medical professionals.

Today, x-rays are used for the diagnosis of broken and fractured bones, the diagnosis of pneumonia and in the mammogram for the detection of breast cancer by x-ray technicians. With the increased use of x-ray machines, x-ray technicians are highly demanded now and you should know that becoming an x-ray tech usually takes around 1-2 years. Any person can learn how to be an x-ray tech. While there are some concerns about the amount of radiation that an x-ray produces, it’s no more than the amount you’d experience naturally in about 10 days.

A computerized tomography scan is the next form of imaging in our list. It’s a combination of the x-ray and computers to produce a cross-sectional image of your body with more detail than a standard x-ray because it’s able to image not only bones, but soft tissue and blood vessels too. It’s often used for imaging of the brain, but can be used for the spine, chest and other areas too.

The most expensive and arguably the most useful of the three imaging machines in our list is the MRI, or magnetic resonance imager. It was introduced into the arsenal of diagnostics and treatment in 1977 by Raymond Damadian in the United States and changed the game of imaging in modern medicine completely.

The MRI scan is capable of imaging tissue, both hard and soft tissues and can cover large areas of the body without the need for invasive or surgical procedures to produce the same results. MRI scanners are used worldwide in the diagnosis and treatment of many different medical conditions from tumors to heart problems, brain traumas and even some infections. The images produced are high resolution and, despite being very expensive, are better in quality and usefulness than other imaging machines and techniques.

Cutting open the human body to perform surgical procedures is a traumatic experience requiring long recovery times and pain for days after surgery. The invention and widespread use of the laparoscope and its usefulness in the operating room has contributed to less full incisions and quicker recovery times for operations where laparoscopic (or keyhole) surgery is an option. Laparoscopic surgery is used for many procedures and the list is expanding as new methods are discovered by cutting edge surgery practices. Today we’re even seeing the laparoscope used in brain surgeries.

If you find yourself in need of medical diagnosis or treatment in or out of the hospital, chances are a good few of these devices will be used in your treatment. Medical care is evolving at a rapid rate and new technology and devices are being added to the modern hospital’s repertoire of available diagnostics tools. These few, however, remain a staple in the diagnostics and treatment procedures.

10 Reasons to Hire an Escort

5 Greatest Moments of The Melbourne Cup 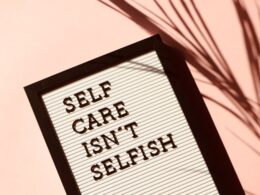 It is important to work and care for yourself and others, but giving ourselves a certain quality of…
byTUT Staff

Eye Health Is In: Stylish Steps To Protecting Your Vision

Sunglasses are a must-have accessory for men and women, but do your stylish shades actually protect your eyes?
byTUT Staff

Due to social distancing mandates, it has become more difficult for families to say their final goodbyes to their loved ones.
byBien Luigi

Cyclosporiasis outbreak usually happen in the tropics but has hit the U.S.
byJohn Bean