After he closed the books this week Rihanna is calling out Kentucky Attorney General Daniel Cameron on bringing substantial indictments against the three Louisville Metro Police officers who killed Breonna Taylor.

Taylor was in a hail of gunfire during a botched drug raid on her apartment on March 13. Cameron announced on Wednesday, Sept. 23, that a grand jury returned just one indictment in the case, three counts of wanton endangerment against former LMPD Detective Brett Hankison.

The “Rude Boy” singer took to Instagram on September 24 to respond to Cameron with a photo showing a hand-lettered sign that reads “A cop shot a black woman and was only charged for the shots missed.” The words “shot” and “charged” were underlined on the sign.
The photo looks to have been shot during a protest. Under the sign there are other people standing in a crowd with more signs expressing support for justice for Taylor. Hollow skull @danieljaycameron.”

One person wrote, “Black Women deserve better. Black Lives deserve better.”
Others shared how the case made them feel by writing comments like, “this makes me SO ANGRY” and “This sh-t is frustrating forreal.”

Emmy nominated music maestro Michael Bearden also responded to the post saying, “This system! These laws! The lack of humanity! Racism has been this country’s true virus! Since it’s inception!”

Another follower wrote, “Her family got paid out 12 million for wrongdoing. F—–g wrongdoings? Means someone f—-d up and should be charged personally with A LOT more.”

Her post comes the day after Cameron’s news conference announcing the grand jury decision and telling people not to listen to celebrities that were displeased with what is widely seen as a lack of justice for Taylor.

At Wednesday’s press conference, Cameron said, “There will be celebrities, influencers, and activists who having never lived in Kentucky would try to tell us how to feel suggesting they understand the facts of this case and that they know our community and the commonwealth better than we do. But they don’t. Let’s not give into their attempts to influence our thinking or capture our emotions.”

For months, people worldwide, including celebrities, have created protests and used social media to speak out about the wrongful deaths of Blacks at the hands of police officers. The 26-year-old Taylor’s death galvanized people across the world as 2020 became a year of reckoning for racial justice.

When Sgt. Jonathan Mattingly, Detective Myles Cosgrove and Detective Hankison breached Taylor’s apartment door in the wee hours of March 13 and Kenneth Walker, Taylor’s boyfriend, fired a shot that hit Mattingly, the officers fired back, with Hankison firing 10 rounds, including some through a sliding glass door and bedroom. For this Hankison subsequently was fired and now faces the wanton endangerment charges.

Taylor was killed by a round from Cosgrove’s gun, Cameron said Wednesday.

Last week on Sept. 15, city officials agreed to pay Taylor’s family $12 million after they reached a settlement in a wrongful-death lawsuit. 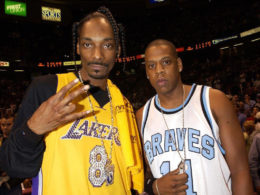 Some rap enthusiasts may have already known this, but many were still shocked when they found out.
byBien Luigi

Britney Spears Reveals She Wants To Have A Baby

However, the singer's father Jamie Spears had "always been against Britney getting pregnant" .
byBien Luigi