Since graduating from Yale University and achieving his Master of Music in guitar performance, Canadian singer-songwriter Alan Kulka made passion out of work by holding tight to his love for music: Whether working as a session guitarist, a songwriter or as a guitar teacher, he also performed in stages around the world, like the Jersey Opera House, Carnegie Hall, and Yonge-Dundas Square.

Known for his driven, charismatic and eclectic personality, the Toronto-based singer found inspiration from classical music to 80s rock and 90s pop, contemporary hip hop and modern music, and keeps an open mind in his workspace – especially when covering songs with his peers: His versions of Ed Sheeran’s “Shape of You” or Jessie J’s “Bang Bang” with vocalist Brooklxn are great examples of that fact, as he shows diversity and creativity in every form of every genre. Not forgetting his “Throwback Mashup” with musicians Rio Matsuzawa and Chris Ning, where a mix including Blackstreet’s “No Diggity” and Aminé’s “REDMERCEDES” show his guitar skills and his fun personality as well.

Following his 2019 sing-along single “Special”, a duet with Cat Bernardi, Alan finally released his second release “Now Is the Time” for 2020. As the title predicts, the song’s message is about following your dreams as there is no better time than now, and speaks about the common mistake of procrastinating on your own personal goals.

The song’s idea came about three years ago, during a conversation with a former roommate he had when living in London as a performer, and hearing her talk about the dreams she still wanted to fulfil. Then, when Alan’s roommate was off to work and he had a day off from performing, he found the time to mess around with ideas for “Now Is the Time” and fleshed off melodies the same day, then spending some time refining the lyrics. Alan explains the message further: “It’s a song about going after all your dreams in life and being the person you want to be—not next week, month, or year—but starting right now. Life is precious and every second counts.” However, in a funny twist, Alan also admits being a victim of procrastination himself, and names his new single as an example of that fact: “Now, having said that, I’m THE WORST procrastinator! I wrote this song in 2017 and only now decided to finally record and release it, haha.” 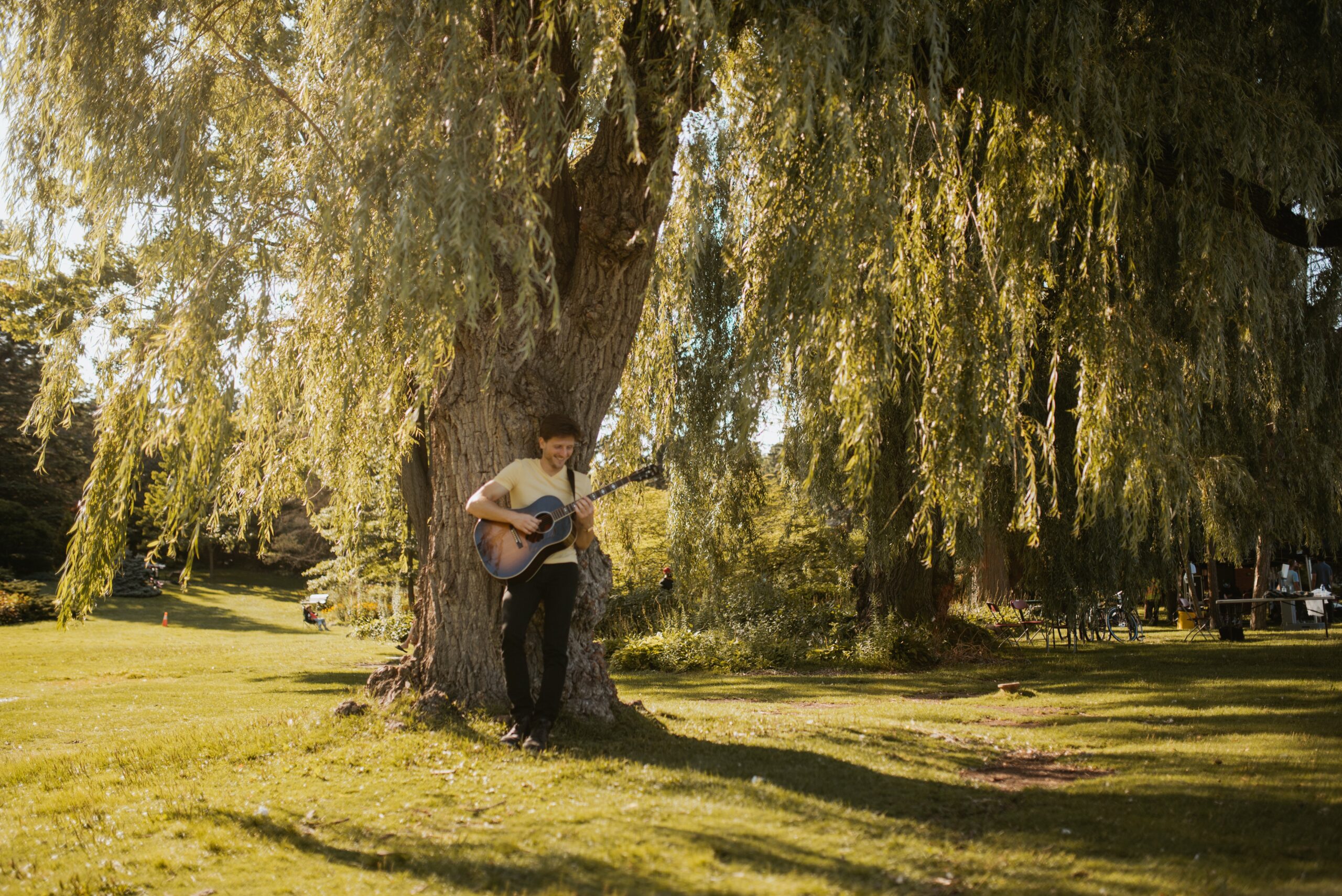 Produced by Derek Downham, known for his work with artists like Gord Downie and Serena Ryder, the song came to fruition when both met at an open mic, and as Alan was a fan of the artists he worked with and admired Derek’s versatility in music, he saw him as a great pick for his project: “On the day we reconnected, I played an acoustic version of the song for him. We talked about what we were both envisioning for the song and shared many of the same ideas. Since we’re both trained musicians, it was easy for us to communicate with each other and so the recording process was pretty quick. We were also on a tight schedule, so that certainly helped!”

Apart from the song’s message, “Now Is the Time” is also noteworthy for its melancholic feel when acoustic guitar and cello set a tone between friendly and serious, backed up by Alan’s signature singing voice – a perfect blend between a rough but smooth tone that fits well into rock, but translates very easily into other genres as well. On top of that, the carefree but thoughtful “Now Is the Time” sets a mellow mood for the autumn season, plus has a catchy hook that makes it fun to listen to. A notable imprint for the self-established singer from Toronto.

You can listen to “Now Is the Time” here: http://ffm.to/nowisthetime

‘I Am Woman’ Anthem Singer Helen Reddy Dead At 78

‘I Am Woman’ Anthem Singer Helen Reddy Dead At 78

COVID-19 Vaccination Will Be Needed For Admission To Atlanta HBCUs

In A New Song, Snoop Dogg Claims To Have Smoked Marijuana With Barack Obama

Biden Should ‘Stay Back’ And ‘Not Inflame Tensions,’ According To Kayleigh McEnany (Forgetting Who She Used To Work For)