In addition to the live event, Blackpink also announced an all-access documentary entitled BLACKPINK: Light Up The Sky.

Making the announcement on their social media pages, Blackpink said they’ll hold a “Comeback Live” event to commemorate the release of The Album. The event will take place October 1 on VLIVE, the day before the album’s release, at 2 am BST or 9pm EST on September 30.

The rollout for the album, which the flyer promotes as Blackpink’s “1st full album,” began with their “How You Like That” comeback single, which broke the record for the biggest video premiere ever on YouTube as 1.65 million viewers arrived to see the new video. Shortly after, the group would perform the single on The Tonight Show Starring Jimmy Fallon and release its follow up weeks later with “Ice Cream” featuring Selena Gomez. The single was also highly-anticipated as fans waited weeks before its arrival to find out who the guest feature would be due to Blackpink keeping it a secret.

In addition to the live event, Blackpink also announced an all-access documentary entitled BLACKPINK: Light Up The Sky. The documentary will premiere exclusively October 14 on Netflix.

The Album is out 10/02 via YG Entertainment/Interscope Records. 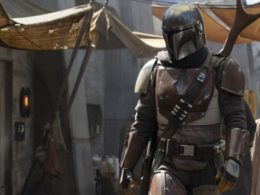 PETA is up to their old shenanigans again.
byTUT Staff

https://www.instagram.com/p/BWg8ZWyghFy/ Beyonce stopped the world again. But this time she did it with her newborn twins, Sir Carter…
byVictoria Johnson