Having leaders struggle (or not struggled enough) to contain its spread, the coronavirus pandemic may have almost completely shut down the movie industry, but only in America,
Off in far-flung New Zealand, Good thing James Cameron was making his many Avatar sequels half a world away. A place which was able to get its numbers down to zero before just about everyone. Consecutively, they did such a good job that Cameron and team are “100 percent complete” shooting Avatar 2, and “95 percent” done with Avatar 3.

The Oscar-winning filmmaker broke the news during a Zoom call with recurrent star Arnold Schwarzenegger, as they spoke ahead of the 2020 Austrian World Summit.

“COVID hit us like it hit everybody,” Cameron said. “We lost about four and a half months of production.” He’d already announced that they pushed the release date back a year, to December 2022. “Now that doesn’t mean I have an extra year to finish the film because the day we deliver Avatar 2 we’ll just start working on finishing Avatar 3.”

While Hollywood productions have been put on hold and even numerous theatrical releases have been repeatedly delayed — and will no doubt continue to do so considering Tenet’s comparatively paltry box office numbers mid-COVID — Team Avatar Sequels have been dropping photos from the set, featuring stars like Sam Worthington, Zoë Saldana, Kate Winslet, and Cliff Curtis hard at work.

Of course, just because principal photography is done doesn’t mean you’ll be seeing it anytime soon. There’s a ton of effects work to be done, and Cameron has to deliver on next level tech that will advance the art in ways that will keep audiences coming back for a ream of sequels over the next handful of years. And just to remind you, when Avatar 2 does drop in two years and change, it will have been 13 years since the last time you feasted your 3-D eyes on Pandora, and maybe the last time you heard about “unobtanium.”

#ArtistTalk: DeAndre Brackensick – American Idol Alum is All Grown Up Now With His Music

DeAndre Brackensick is far from your average 18 year old. Just out of high school, DeAndre already has his calendar full with the promotion of his new youthful single, "Her Crazy". Not to mention his already established group of fans called the "Dre Dreamers". Humble and well mannered, DeAndre took a moment to talk to The Urban Twist about how it is to be so young in the music biz, and how his life has changed since American Idol.
byCierra Realer 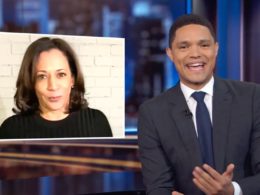 The force is strong, real strong for Mickey Mouse and company as they buy LucasFilm and has already announced another Star Wars film will be dropping in 2015.
byBrennen Jones

Cher’s Daughter to Become A Man

Cher’s only daughter Chastity Bono is about to become her son. Yes, you just read that right. Chastity…
byBrennen Jones