Backed by a funk band, the group was dressed in sharply-fitted maroon suits and playing on a massive screen behind them.

BTS hit the stage at the 2020 Billboard Music Awards to perform their hit song “Dynamite.”  This comes just two weeks after reaching No.1 on the Billboard Hot 100. Making history as the first K-pop group to do so.

Backed by a funk band, the group was dressed in sharply-fitted maroon suits and playing on a massive screen behind them. They lit up their stage at the airport in South Korea, representing their international crossover appeal.

BTS has been on a live television performance tour of sorts for the past month or so, including a weeklong takeover of The Tonight Show in which they performed their hit songs “Dynamite,” “Home,” “Black Swan,” and “Mikrokosmos.”

Before that, they performed on NPR Tiny Desk for a record store-based performance after the debut performance of “Dynamite” at the 2020 MTV VMAs. As the premiere ambassadors of Korean pop music music, the boy band has been taking over and making sure that if you didn’t know who they were before 2020, you won’t be able to escape them now.

BTS also snatched the top two spots on the Hot 100 this past week thanks to “Dynamite” and a remix of Jawsh 685 and Jason Derulo’s “Savage Love.” BTS is nominated for the Billboard Music Awards for Social Artist and Duo/Group.

Growing older is something that many of continue to be apprehensive about. Although we understand that it is…
byAshly E. Smith

If You Miss ’90s R&B, Listen to Taylor James 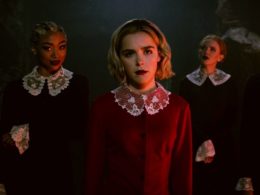 No reason was given for the cancellation, which comes as no surprise to Netflix.
byBien Luigi