No drunk skiing. No falling asleep under the hair dryer. Women can’t drive on Sundays. There have been many bizarre laws throughout history, and some are surprisingly still on the books!

No drunk skiing. No falling asleep under the hair dryer. Women can’t drive on Sundays. There have been many bizarre laws throughout history, and some are surprisingly still on the books! Check out 10 of the most unusual laws that still exist in the United States.

It Is Illegal to Kill Bigfoot

Washington state passed a law in 1969 that forbids the hunting of Bigfoot! If you managed to kill the infamous Sasquatch in Washington, you would face a felony office and up to five years in prison. However, in 1984 the law was amended and Bigfoot was subsequently categorized as an endangered species. Now, if you come across Bigfoot in Washington, shooting him can cost you a $1,000 fine or one year in prison. If you come across him in Texas, however, you’re free to hunt without repercussions.

Fortune Tellers Can Be Arrested

There are many places where the “occult arts” are considered illegal. This includes fortune tellers, palm readers and other mystics. Yamhill, Oregon bans them all as “unsound and scientific” practices, while New York State only allows fortune telling “as part of a show or exhibition solely for the purpose of entertainment or amusement.” If you are caught telling fortunes for real, you could get a $500 fine or spend 90 days in jail.

Named after Shakespeare’s tragedy, Romeo and Juliet laws are meant to protect teenage lovers — not from feuding families, but from prosecution. Typically, if someone is under the age of consent in their state, they cannot consent to any sexual acts. The age of consent varies from state to state, so if you want to know more – get more information here. In states with Romeo and Juliet laws, the older party may not be charged if they are only three years older than their sexual partner. In today’s world, 17-year-old Romeo would not have been prosecuted for his relationship with 14-year-old Juliet!

You Can’t Drink and Ski in Wyoming

Wyoming state law forbids hitting the slopes after having a few drinks. If you’re caught participating in “reckless” skiing, you could face a misdemeanour charge – and face up to 20 days in jail or a fine of $200. Skip the skis and take the train home instead! Although remember not to do the same in Michigan — it is illegal for someone in an “offensive state of intoxication” to be a passenger in a train.

The state of Arkansas is tired of people pronouncing its name wrong – so much so that it has passed legislation on it! While you won’t face jail time for saying “Ar-Kansas,” the state strongly discourages doing so. The official pronunciation is with “…three (3) syllables, with the final “s” silent, the “a” in each syllable with the Italian sound, and the accent on the first and last syllables.”

Don’t Cover Your Face During Meetings

There are a few places in the United States where you can’t cover your face or otherwise hide your identity while in a meeting, demonstration or gathering. The law exists in North Carolina – where they were likely created to crack down on Klu Klux Klan rallies  – as well as in New York state, where you can get exemptions from the law if the coverings are for entertainment purposes.

Marriage laws across the U.S. prove that matrimony is a tricky task! Prior to 2010, West Virginians were banned from engaging in “lewd and lascivious cohabitation” before marriage. Meanwhile, men in South Carolina could be found guilty of a misdemeanour for seducing women with the promise of marriage. Meanwhile, people in Nebraska can’t get married if they have a general disease. One state that actually makes marriage easy is Texas — you can get married by proxy in the state. This means if you’re unable to attend the ceremony due to military service, someone can stand in your place, and you will be legally married.

The U.S. is a big country with lots of strange and unusual laws in place. While many of these are rarely enforced by police, it’s always better to err on the side of caution and know which ones may apply to you.

Early Bird Or Night Owl: Which Is Better?

“Even after schools open, if we have a second wave of this virus, they may have to close again.”- Dr. Sally Goza
byBien Luigi

A List of the Best Outdoor Home Security Cameras of 2019

8 Most Common Causes of Trucking Crashes

Truck drivers are hauling all across the US, 24 hours out of every day.
byTUT Staff 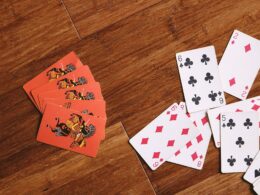 Poker games bring amazing fun to the player. It is a way to garner some profits or even…
byTUT Staff