Despite through his health problems, Alex continued to host Jeopardy all the way up until it’s current season.

Legendary host of “Jeopardy,” Alex Trebek, has passed away at the age of 80 after struggling against pancreatic cancer.

Surrounded by friends and family, Alex departed at his home on Sunday. A lot of people already know that he had been fighting stage 4 pancreatic cancer. Later on, he has been very open about his journey after he announced his diagnosis last year. He even continued to host the famed show “Jeopardy” even when enduring with his treatments.

Alex, after announcing his diagnosis in March 2019, then shared that his tumors had shrunk in more than 50% and he was close to entering the reduction stage during his battle in May 2019. That August, he was done with his treatments and was preparing to return to “Jeopardy.”

Unfortunately, by September 2019 it was revealed that his health was worsening and that he had to go through another set of chemotherapy.

In October 2019 he said, “The thought of the pancreatic cancer does not frighten me. I’m 79 years old. So, hey, I’ve lived a good life, a full life, and I’m nearing the end of that life. I know that.”

Despite through his health problems, Alex continued to host Jeopardy all the way up until it’s current season. Alex first started to host the show back in 1984.According to the Hollywood Reporter, episodes of Jeopardy hosted by Alex will air through December 25th. The studio noted that his last day on set of the show was October 29th.Sony Entertainment Pictures also added that they are “not announcing plans for a new host at this time.”

Condolences are sent to Alex Trebek’s loved ones at this difficult time.

Ariana Grande's ‘Positions’ Lands Her The Fifth No. 1 Album Of Her Career

See why G-Rod is coming for The Rock.
byChristina Jeter
Read More

When's the last time you wore overalls? After seeing these styles, you may ask yourself "when's the next time" you plan on wearing them.
byLisa Tran 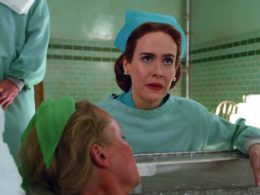