Has Mashable Agreed to $200 Million Buyout with CNN?

CNN is rumored to be in talks to purchase Mashable for over $200 million dollars.

Word on the street is that CNN wants Mashable and they want them bad.  They’ll reportedly pay more than the estimated $20 million value they paid of their biggest internet/tech based acquisition to date.

Mashable is a social media news reporting website that focuses on technology and social media.

In 2011 Mashable’s pageviews surpassed tech competitor TechCrunch while its various social media conferences have continued to sell out.

News of the potential acquisition came from Felix Salmon who wrote in his Reuters report that the announcement would be officially made by Tuesday afternoon.

CNN in the meantime have declined to comment on the Tuesday announcement while Mashable founder and CEO Pete Cashmore told his staff in an email that the “rumor going around on Twitter that Mashable will be acquired this week” is not true. Cashmore did not however directly deny possible CNN talks with his social company.

In his email Cashmore continued:

“Mashable’s one of the hottest brands here at SXSW and there’s bound to be rumors coming out of the festival. We’ve had a great presence here and I look forward to updating you guys when we get back.”

While the rumor hasn’t been validated, Mashable executive editor Adam Ostrow did “like” the Reuters story on Facebook.

It’s estimated that CNN will pay more than the $20 million to $25 million they used to acquire iPad reader app Zite.   In comparison TechCrunch cost AOL $40 million to acquire with a slightly smaller user base.

Microsoft is one of the dominating companies in the technological sphere.
byTUT Staff 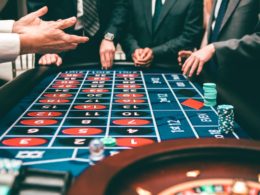 How to Play Casino Games for Free: New Casino Give the Biggest Bonuses

Today’s world of casino games features a wide variety of games and a growing players base.
byTUT Staff

Just when you thought it was safe to let your mama come to the TheUrbanTwist, I stepped on…
byBill Hacker

The bile against Yahoo's decision to sue Facebbok does not seem to be letting up with the freshest onslaught coming from Yammer.
byDaniel Mbure