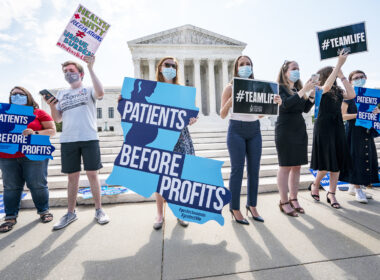 He was asked to leave after being asked previously, but then threatened the staff, telling the cook, while displaying a gun, “You better shut the f*ck up before I blow your brains out.”
byBien Luigi

Every rapper has a city, neighborhood, or projects they rep. For Kendrick Lamar, it’s Compton. For Nas, it’s…
byVictoria Johnson

Approximately 150 employees, most of them immigrants from Somalia, have been fired from a meat packing and distribution plant on Colorado's Eastern Plains for walking off their jobs in protest to a workplace prayer policy dispute.
byAmy Wesley

Robert Lewis Dear, 57 told the judge at a Criminal court hearing in Colorado Springs, "I want to be my own attorney." He appeared in court with his hair and beard unkempt and his hands and feet shackled.
byAmy Wesley

Robert Lewis Dear, 57, of North Carolina, yielded to law enforcement following a five-hour ordeal Friday in which he dressed in hunting gear, fired shots haphazardly at people in the Planned Parenthood clinic and wandered the halls shooting through walls with an assault-style rifle.
byAmy Wesley

9 People were shot, 3 killed, including a police officer when a gunman opened fire at a Planned Parenthood office in Colorado Friday. “This clinic is part of the Planned Parenthood Rocky Mountains affiliate, which was featured in one of the highly-edited smear videos released this summer. Since that video, the affiliate has seen an increase in protesters and death threats against one of their doctors."
byMelony Hill

Was a girl denied use of the girl's bathroom or was a boy just given access?
byJohn Bean