Jay-Z stopped in for an interview on “The Howard Stern” show this morning to promote his new book,…

Jay-Z stopped in for an interview on “The Howard Stern” show this morning to promote his new book, Decoded. Howard then in turn did a good interview with Hov.   They talked about Oprah banning the “N-Word”, Hov’s pops abandoning him at a young age, and how he turned to rap because he had trouble identifing with popular black musicians like Prince and Michael Jackson.

“They were so far removed from who we were everyday…we were telling stories of things that happened yesterday.”

Listen to the full interview below.  The NY Daily News also has an excerpt from the book in today’s edition.

Trey Songz covers this month's issue of the VMAN magazine. The 27 year old singer speaks about his growth in music, his 'Angel With Hearts' foundation and also addresses the growing rate of cyber bullying.
byBernadette Otieno 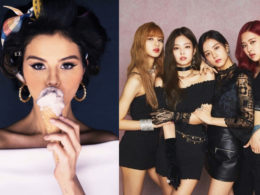 Cypress Hill's Sen Dog drops a verse on IIIZ' 'Get Away' but the rest of the album is not so ill.
byVictoria Johnson