It’s a very sad day in Indianapolis today as Peyton Manning is set to be released from the Colts.  They plan on making the announcement later this afternoon.

Now with Manning being an unrestricted free agent, the question is who will he play for next? The Redskins are very interested in nabbing him for their team and have a history of going after and paying big name free agents (Albert Haynesworth, anyone?).

Manning is the NFL’s only four-time most valuable player in history. Manning who has thrown 54,828 yards and 399 touchdowns in 13 seasons is one of the best Quarterbacks ever and one of the most precise. There’s no doubt that many teams are looking at snatching him, but can he play?

His doctor says yes, and hopefully his neck and his spine says yes as well.

If Peyton’s body holds up and he can make a comeback and help out his new team to get to the playoffs, MVP #5 may be waiting for him by season’s end. 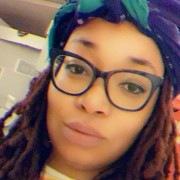 Valaney
I am a passionate person. Every task that I pick I do it with passion. I am artist that loves all things artsy. I like to create things that many people can interpret differently. I am passionate about the youth and spend time mentoring, so maybe I can make a difference in their lives and the community as a whole.