Commitment: Are Men and Women Afraid of Commitment in 2012?

With over half of the general population admitting to cheating at some point in a relationship, is it safe to say that being in a committed relationship may be a thing of the past?

A commitment is a promise, vow, or pledge to someone to show loyalty. So when we look at a successful relationship, a commitment in my opinion holds the most weight, simply because you are accepting all of the responsibilities that come with the relationship.

So my question to you is, are men and women in 2012 scared of the responsibilities that come with a relationship?

The percentage of marriages ending in divorce in America is 53% .  The infidelity rate for men admitting cheating in a relationship is 57% and 54% for women. When we look at these stats more than half of the marriages in the US fail because of some sort of unfortunate circumstance and more than half of men and women admit to cheating. So with these facts, can we say that 5 out of 10 women and men cheat?  I know it might sound crazy to some but these are the facts. And it all makes sense when we look at the single rate in the US also.

I think we all can agree that most relationships fail when one doesn’t trust the other. It’s all about trust, but how do you know if you can trust someone or how do you know when someone is committed. The answer is, from a person’s behavior.

A committed behavior or act is an action that doesn’t cause suspicion or mistrust with their partner. For some people it takes a while to build the trust of another person simply because people are very careful of their feelings, and trust is something that is earned and not to be taken too lightly. I know a lot of women who say men are scared of commitment, and I can honestly say that I rarely hear men saying the same thing about women. The reality is women are not always so quick to commit to a man, in fact they in some cases, they take the longest because of trust issues.

I think there is a bad perception that men are more likely to steer away from being in a committed relationship than women. When we look at the percentage of women who admitted to cheating, I think that number is wrong, and not in a good way.  Instead of 54%, it’s really 84% and the other 30% are just keeping it quiet.

How many times have you heard “women are the best liars”?  Is this the truth or just a myth?   But isn’t that the same as the statement “men are scared of commitment”. What I want you to see is that we can go back and forth about who cheats the most and who’s scared of commitment but at the end of the day, we all need to understand that for every action there is a reaction and the consequences that come with them.

Edible Packaging To Help Save The Environment

What To Do If Your Family Home is Burgled

The thought of a trespasser on your property more than likely makes you feel uneasy.
byTUT Staff 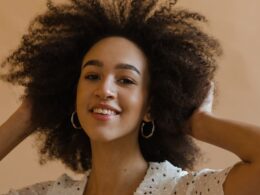 When was the last time you gave your hair the attention it deserves? We’re not talking about putting…
byTUT Staff

How Can Police Know Who Caused a Car Accident?

Knowing who’s at fault in a multi-vehicle car accident is critical.
byTUT Staff

How to Buy Your First Automobile

One of the most exciting moments in your young adult life is purchasing your first vehicle for yourself.
byTUT Staff