Famous Jameis is at it again.

On Wednesday, Florida State officials announced the suspension of quarterback Jameis Winston.  But here’s the kicker, he’s not going to miss a game of action, but rather a half of a game.  He’s been suspended from playing in the first half of Florida State’s next home game against Clemson this Saturday night.
Winston was suspended for allegedly standing on a table near FSU’s student union Tuesday and screaming obscenities which mimicked a video that was doing rounds on the internet.

Dr. Garnett S. Stokes, FSU interim president and athletic director Stan Wilcox announced Winston’s one-half suspension in a joint statement, in which they described his behaviour as “offensive and vulgar.”

Winston has apologized for his latest off-field troubles such as reportedly stealing soda pop and shoplifting crab legs, although no charges were pursued.

Winston, who won last year’s Heisman Trophy as a freshman, became a national sensation and leading Heisman Trophy candidate by throwing for four touchdowns in a 41-3 victory at Pittsburgh in his very first college start.

He was also accused of sexually assaulting a FSU female student in December 2012. However, FSU officials and the Tallahassee Police Department did little to investigate the credibility of the allegations and there were no charges filed although the whole thing made national news.

Scotland Votes To Become Independent From the United Kingdom , But Remains United 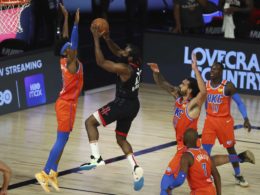 Some of the world’s best motocross riders return from the opening Grand Prix in Argentina to get their British Motocross Championship campaign underway at the spectacular Cadders Hill circuit at Lyng on Sunday.
byBrennen Jones