Why The Media Still Refers To Brock Turner As a ‘Stanford Swimmer’?

Almost every single major news outlet referred to Turner as the 'Stanford swimmer', focusing on his achievements rather than the harm he has done.

On September 2nd, Brock Turner was released from jail after serving just half of six-month sentence for sexually assaulting an unconscious woman, with the intention of rape.

As if that wasn’t enough, almost every major news outlet referred to Turner as the ‘Stanford swimmer’, focusing on his achievements rather than the harm he has done. These major news outlets include names like TIME, ABC News and the Associated Press.

“We don’t know who picked him up or where he’s going, but we’re done with him,” Santa Clara County Sheriff Laurie Smith told reporters outside the jail. “He should be in prison right now, but he’s not in our custody.” 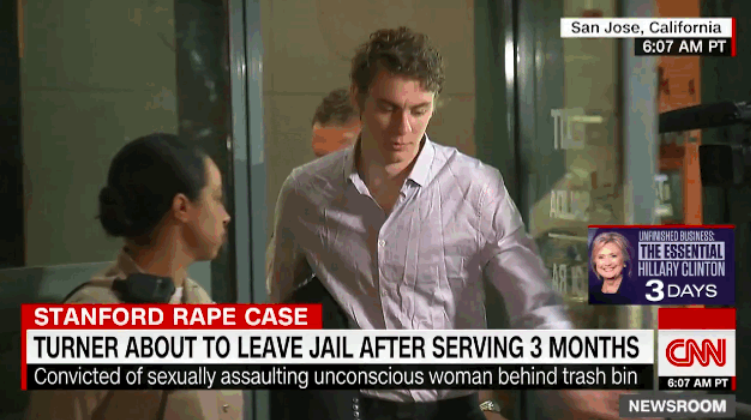 One thing to keep in mind is that Brock Turner was convicted of sexual assault with the intention to rape, and not just rape. Media outlets might be cautious to not misidentify the crime. But that still isn’t an excuse to mention his ability to move in water rather than his conviction for sexual assault.

”In reporting on sexual assault, media outlets show a pattern of focusing on how the assailant has a bright future and how the current case could ruin his upward trajectory — most articles about Turner include a nice portrait of him instead of his mugshot.” Dahlia Grossman-Heinze from Bitch Media wrote.

Brock Turner’s future isn’t so bright anymore, since he’s been banned for life from USA Swimming and will not be returning to Stanford. And he brought that on himself.

Turner escaped the sentence he deserved, and will be known as ‘Ex-Stanford swimmer’ by many people, but he will never escape the powerful words of his victim.