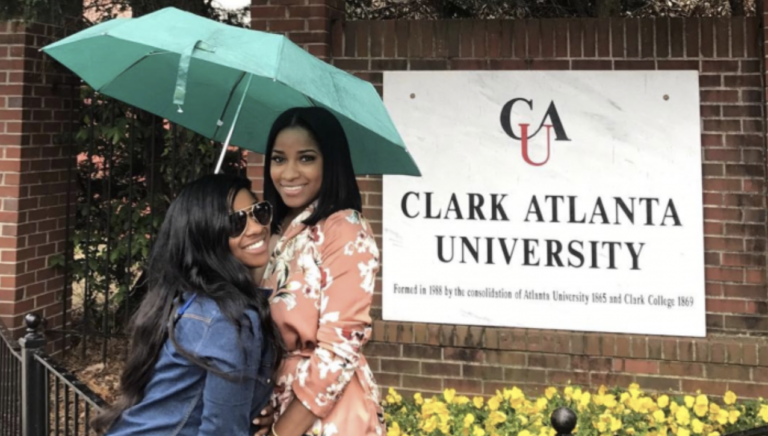 Lil Wayne’s oldest daughter, Reginae Carter, was involved in a cat fight at Clarke University in Atlanta during an orientation event according to the word on the street.

There are some who are saying that Carter was jumped, there are cell phone videos going around the net showing the fight from different angles. It appears that Carter’s best friend, Lourdes, was jumped and Reginae jumped in to pull the girls off her friend.

Lourdes went on Snapchat to say that she was involved in that fight because of “drunk haters” and the fight started after she confronted someone who pulled her sweater.

There had been online speculation that Reginae was being bullied but she took to Twitter to refute that claim. 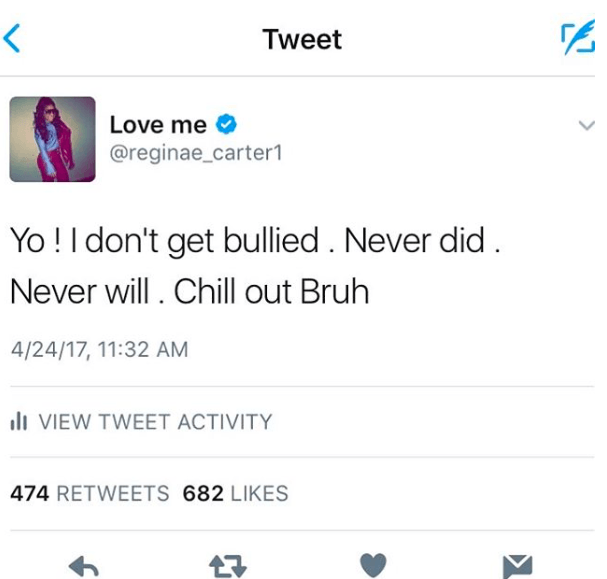 You’d think growing up in the public eye in Atlanta, she’d travel a little further for school. Whether the fight started with her best friend or not, don’t she know at home she a sitting duck and people waiting to try her? It’s obvious she had no bodyguard or protection, the fight shouldn’t have happened.

There are people who say the fight started very differently than what it appears from the quick  10 second videos that have gone viral.

I will say, I wouldn’t have been mad to hear that she got her ass handed to her. The little girl has too much mouth and be so quick to jump out there on the net in adult situations. She probably needed her ass whipped.

After this altercation, I wonder if her parents will allow her to stay at the local HBCU. If so, it looks like they need to send a body guard too. All that mouth that girl got, if her best friend is just as ratchet, they probably should make sure they get boxing lessons too.