Flint Water Crisis: A Tale of Deception, Lies and Murder

Water was the case that they gave me.

Flint has a population of about 100,000 people. It is the second poorest city in America after Youngstown, Ohio. Roughly 40% of the city’s population live at or below poverty level. It is 60% black and about 40% white with sprinkles of others. It’s a city in Genesee County and about 60 miles north of Detroit.

This is the shit of which nightmares are made. It’s diabolically evil. People died, are dying and will die. Who or what is the culprit you ask?

In  March 2013, Flint’s Emergency City Manager decided to stop purchasing their water from the City of Detroit (Detroit has provided water to other cities throughout lower Southeastern Michigan for decades). However, the city couldn’t legally make the decision because the state was actually overseeing the city and its services. In June 2013,  state-appointed emergency manager Edward J. Kurtz made that decision, which would have had to be approved by the state. Ironically, Governor Rick Snyder’s lying ass denied the state’s involvement and knowledge of this horrific situation.

The Karegnondi Water Authority was supposed to be the new water source for Flint and a pipeline was in the process of being built. That didn’t happen. Instead, the Flint River was used as the interim water source. It’s general knowledge that General Motors used this river as a dumping ground for its waste since the 1950’s. In fact, General Motors had to stop using the water because of the high levels of chloride which is a corrosive agent. Testing was rarely done and when it was finally done the EPA stood by and said nothing as officials told residents that the water was ok for human consumption. These deceitful sons of bitches even passed out literature assuring folks that the water was safe. In August 2015, Dr. Hanna-Attisha attempted to tell the state about her concerns and she was dismissed and deemed incompetent.

The water contained eight times more chloride than Detroit water which corroded the pipes that carried the water into Flint homes and because these treacherous bastards failed to add orthophosphate (the additive that coats pipes to eliminate corrosion), people were drinking lead-contaminated water instantaneously.

How does a federal agency designed to police environmental matters allow state officials to put the public in danger you may ask?

The majority of Flint’s residents are poor. Poor people don’t matter. To make matters worse, the foul water has been attributed to 10 deaths and 77 people falling ill from Legionnaire’s disease. Bureaucrats would rather pass the buck or tell people that they are delusional instead of taking action. This was done with malicious intent and it was negligent. Given the socioeconomic status of most of the residents, these people didn’t even have an alternative to get safe water. They couldn’t afford it. This is the worst type of treachery and someone needs to pay. The state needs to pay. EVERY insidious politician who passed the buck should be brought up on charges that should include homicide and terrorism.

This isn’t about race. This is a war on lower class people who had no choice but to drink water that could potentially kill them.  People, who despite their intuition, trusted the government to keep them safe. People, who clearly, saw that the water looked, smelled and tasted like shit and who trusted the government to tell them the truth.  A government with rich, corrupt and privileged assholes who couldn’t care less.

This is a violation of human rights, a travesty of justice and we, ALL, need to pay close attention to the message here. We don’t matter and if it was up to me, Rick Snyder, his crew and EVERY other trifling perpetrator of these crimes would drink at least a  gallon of that shitty ass water every day for the same amount of time that they mandated that the poor people of Flint had to drink it.

This story hits home for me. I’m Detroit’s daughter. A Michigander.  A Minority and I stand with my brothers and sisters in Flint.

The "New Planet" Everyone is Talking About

A lot of famous people have graduated from Boston University. Politicians are no exception.
byTUT Staff

Governor Bryant’s Wikipedia page has been altered at LEAST four times today to include the fact that he is related to Roy and Carolyn Bryant. The revisions have been deleted each time.
byMelony Hill

The 50th anniversary of the March for voting rights was yesterday. President Obama was one of the thousands who was in Selma to commemorate the occasion. He gave another memorable speech.
byTUT Staff 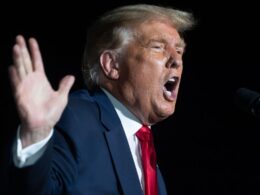