Allen Iverson May be Playing Ball in China

It looks like Allen Iverson may be going the Stephon Marbury way back into the game of basketball,…

It looks like Allen Iverson may be going the Stephon Marbury way back into the game of basketball, which is quite unfortunate for one of the best, if not the best little man to ever play the game.

Gary Moore, Iverson’s personal manager, says Iverson has not been contacted by any NBA team with training camps set to open in less than two weeks.  Moore says there is “legitimate interest” between Iverson and a team in China to work out a deal. Moore did not know the team’s name.

Moore says a Chinese team first approached Iverson last month but yet he claims to not know the team’s name.

Iverson is 17th on the NBA’s career scoring list with 24,368 points over a 14-year career with Philadelphia, Denver, Detroit and Memphis. He won the MVP in 2001 when he led the Sixers to the finals.

I hope that either Iverson retires or some way and how he can become an addition to either the Lakers or the Miami Heat at the veteran’s minimum.  But if he does play in China, lets hope he honors the commitment and contract this time around, as with his last two stops in the NBA with the Memphis Grizzlies and the 76ers, Iverson’s word has been tainted.

PleaseRobMe.com: Robbers Look to Facebook and Foursquare Before Robbing People

Reggie Bush to Forfeit the Heisman Trophy, Vince Young May Now Receive it

Williams has given the young men his personal phone number and communicates with them on Instagram group chat outside of Zoom. He said the meetings have been truly insightful for him and hopes they have a positive impact on the teens’ lives moving forward.
byBien Luigi 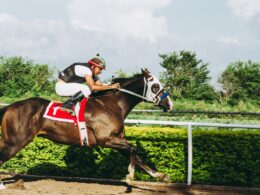 The fat lady has sung in Dallas. T.O. gets cut by the Cowboys.
byBrennen Jones
Read More

Bruce Irvin suspended for four games after testing positive for performance-enhancing drugs. How many players is that now, Pete Carroll?
byJohn Bean