Today’s Hate List comes to you from a little place that I would like to call “stupid ass peopleville”.  I hate going to the bar with my cousin. I hate that he loves to perform karaoke.  I hate that this dude decided to perform Beyonce’s “Get Me Body”.  I hate that his punkass gave me a shout out during his performance as he screamed “drop down almost hit da floor wit it”. I hate that the random guy next to me took it upon himself to say to me in a whisper, “I once had a Asian hooker stick her finger up my ass”.  I hate that I lost the first bar fight I was in.  I hate even more that my gay cousin stopped his punkass performance to come and beat the hell out of the dude who was  beating the hell out of me.  Here is the Hate List!

1. I hate Rick Ross for wanting to be everyone except who he really is.  First, he wants to be Freeway Ricky Ross, next he wants to be Big Meech, then Larry Hoover.  Let’s not forget this punkass correctional officer wants us to call him Rozay.   Dude try being William Leonard Roberts II. Try that.

2. I hate Fat Joe for his numerous attempts to stay relevant in a hip hop game that does not love him. Fat JOE!  Stop it you look dumb as shit homeboy. You look like Jordan wearing  the 45 Wizards jersey. Hold up, you my friend are no Jordan. OK you are more like the Roy Jones of this hip hop shit.

3. I hate people that wash disposable plates, plastic forks, knives and cups. That is some stupid shit.

4. I  hate counting on people.  I have more stress when I have to wait for someone else to play their part.

5. I hate that I think of the greatest ways to insult the people who fire me, weeks after they fire me. Also, I hate the people that wants to tell on everyone when they get fired. That is some punk ass shit.

6. I hate people that drive with their dogs in their laps. What the hell is that about?

7.  I hate the idea of taking a bath.  I have not taken a bath in years. I have conformed to taking showers. One, you sitting in your own dirt. second, some tubs aren’t made big enough for that shit. And last but not least, I hate the idea of my balls floating while I am sitting there.

8.  I hate when someone takes ownership of your ideas. I hate when they do that shit right in front of your. I hate that you seem like the bitch for complaining.

9.  I hate that everyone else does not follow my motto to life. Which is “F” It!” I live by this. We stress so much about the little things in life. Those little things don’t matter. Remember there are three guarantees in Life.  One, your born. Two you die. Third, in between those 2 points you should enjoy your life. “F” them bills. Live your life.

10.  I hate watching stupid try to be smart. No example here, I just hate it. 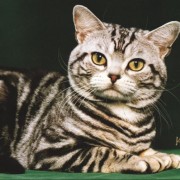