It didn’t look like it was going to happen. And some wondered was it even legal. But pending league approval, Doc Rivers will be leaving the Boston Celtics to join the Los Angeles Clippers as their new head coach. In exchange, the Celtics will receive a 2015 first-round draft pick.

The move is seen as the final nail in the coffin to getting Chris Paul to sign with the Clippers long-term once he becomes a free agent next Monday on July 1st. Initially, it was reported that the Clippers had become disinterested in the move due to all of the terms being asked of by the Celtics, but due to the need to make Chris Paul happy, they continued to pursue Rivers.

Rivers had three years and $21 million left on his contract with the Celtics. In order to facilitate the move, the Celtics will release Rivers from his contract, and the Clippers will sign him to what the rest of his contract is worth. Last week, NBA commissioner David Stern made it known that it wasn’t legal for teams to trade coaches, so another way of making the deal possible had to be agreed upon.

Right now, the Celtics are trying to enter into rebuilding mode, which means parting ways with some of their most valuable assets. Kevin Garnett and Paul Pierce are believed to be the next two core members of the Celtics to be dealt away. Together, they along with Doc Rivers helped bring Boston an NBA title in 2008.

Harassment Claim On Knicks Owner After Spike Lee Was Denied Entry: ‘I’m done for the season’

Historically the Clippers have been one of the league’s worst franchises. But this move, plus some other moves they have in mind, could make them a major player for years to come if everything goes their way. Getting a championship coach and resigning Chris Paul would be a good start. 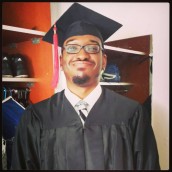 Brian Sprowl is a senior at Hampton University majoring in journalism, minoring in sociology, and simply loves to write. Avid sports fan who never misses a beat when it comes to his Redskins and Wizards. After graduation, plans on pursuing a master's degree in counseling while still feeding his love of writing by writing for The Urban Twist.

Review: Adam Sandler’s Performance in ‘Uncut Gems’ is Definitely a Diamond in the Rough

Chris Paul to stay in LA

The End of an Era: Boston Celtics Trade Kevin Garnett and Paul Pierce to Brooklyn Nets

Chris Paul out in LA?