When we left Bond, James Bond, his mentor and the closest thing he had to family, M (Judi Dench) had lost her life to the villainous Silva. 3 years later and we join 007 again as he tries to foil yet another world crisis in the latest in the Bond franchise, Spectre. In a nutshell, Spectre is a brilliant film but it is not a brilliant Bond film.

We join Bond (Daniel Craig) in Mexico for the Day of the Dead festival, where families join to together to remember and celebrate those family members that have passed away. Quite fitting when you consider the title of the film, and it sets the theme for the film well. Bond is rogue in Mexico and then Rome, following a lead without orders or authority. Naturally when he is then grounded for breaking the rules, Bond finds a way of following his lead despite the new M’s (Ralph Feinnes) disapproval. In London M battles with the newly appointed head of the Centre of National Security, C (Andrew Scott) who not only questions Bonds role but the role of the MI6 in general, viewing them as obsolete and in need of upgrading. With a little help from Moneypenny (Naomi Harris) and Q (Ben Whishaw) Bond finds himself on the hunt for Madeleine Swann (Lea Seydoux), the daughter of ex-nemesis Mr White. She may well hold the clue to the information he needs in order to save the MI6 and untangle the web that is Spectre.

Ghosts of the past are a definite theme within Spectre and the faces of Bonds past can be seen throughout. There is an atmosphere of culmination and the references to the previous Daniel Craig Bond films (Casino Royale, Quantum of Solace, Skyfall) give the impression that they have led Bond to this point. Is this the finale that will see a new actor take the helm as 007? It certainly feels more final than any of the previous films.

There is no denying that Spectre is a good film in its own right. The scripting is one of the sharpest of the recent Bond films, with the humour being much more evident but in no way overdone or conspicuous. The back and forth between Daniel Craig and the rest of the cast has a fluidity that makes this one of Craig’s strongest performances as Bond. He oozes a calm confidence and deadpan almost lackadaisical approach to life or death situations that provides the impression that Craig has very much settled into the role of the special agent. His line delivery is spot on and the physical acting he demonstrates is admirable.

The action is top notch, with the initial car chase through Rome being a particularly exhilarating thrill ride. This is one of a number of transport based action scenes that get the pulse racing, including wingless aeroplanes and upside down helicopters. There is also, of course, the standard Aston Martin. Unfortunately, what Spectre makes up for in heart rate increasing action it loses in its lack of gadget wizardry and espionage. There are a couple (literally) of fun technological gizmos but nothing spectacular or inspired.

The spying itself is limited compared to what you might expect from a Bond film. Whilst there are a couple of twists and turns they are predictable and the focus remains on action, violence and car chases rather than spying. This may be a welcome occurrence for some viewers, but for those that enjoy the traditional Bond films this may feel too much like a watered down, better scripted Jason Statham film. 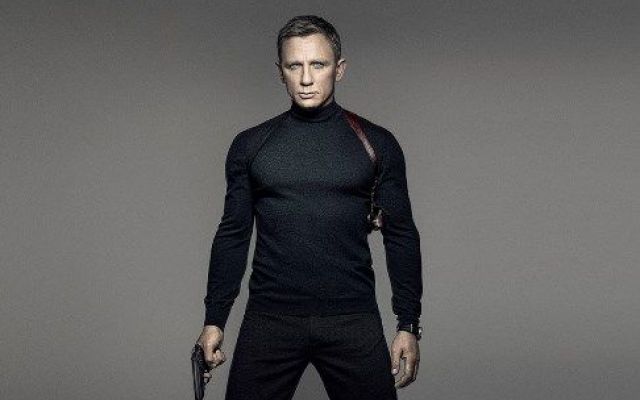 This is one of the few years that Bond has strong competition in terms of its genre with Man From U.N.C.L.E and the latest Mission Impossible film, Rogue Nation. At points Spectre does feel more of the Mission Impossible ilk than Bond. Whilst impressive stunts and action are part of the Bond experience they seem to have taken over in Spectre turning it into something that Tom Cruise would have been proud of. The opening sequence involving a helicopter stunt is almost a rivalry to the Rogue Nation aeroplane stunt. Even the storyline with Bond going rogue to follow a lead and stop the organisation being brought down is similar to the Rogue Nation plot. Coincidence? Let’s hope so.

Ben Whishaw as the technological whizz kid Q plays a more prominent role in Spectre, morphing into more of a Simon Pegg in Mission Impossible type character, only with less field based ability. Whishaw displays impressive diversity when you compare this character to his recent turn in Suffragette and brings with him much of the comedy in Spectre. Lea Seydoux is as beautiful and beguiling as ever and is perfect casting for a Bond girl. She remains strong willed and charismatic, rivalling Craig in her demure demeanour. Yet what is refreshing is, although she can tote a gun she does not turn into a trained fighter. She remains an accessible heroine for audiences without transforming into something else.

Christopher Waltz provides a disturbed yet upbeat, Inglorious Basterds style bad guy that displays his psychopathic and sociopathic tendencies with an atmosphere of style and positivity. Andrew Scott is irritatingly cocky and confident as C, allowing small hints of his Moriarty character to penetrate but not take over. Ralph Feinnes may not have developed the same rapport with Craig as Judi Dench did as M yet he gives a strong performance. In his first scene the audience are forgiven for expecting him to point a wand at Craig and declare ‘Avada Cadavra’ with his facial expressions mimicking those of Voldemort. Thankfully this passes quickly.

Spectre is a great film; it is just not a great Bond film. Whilst it covers familiar ground it loses some of the traditional aspects of what a Bond film should be. What saves it is Daniel Craig’s comfortable and confident performance, alongside an impressive supporting cast who all hold their own. The cinematography makes for impressive visuals with a sharp and well executed script. Go into the Spectre with an open mind and you will love it. At the very least, it is better than Quantum of Solace.