Did Wendy Williams go too far with latest Kardashian jab?

Talk show host Wendy Williams made an appearance on “Larry King Now” and threw some shade at the Kardashians.

“[The Kardashians] do have a talent,” Wendy said. “Of making you watch. Their talent is making you pay attention, and that is a talent, Larry. Especially when you don’t have an actual talent.”

This is not the first time Wendy Williams has criticized the Kardashian family. She has frequently talked about them on her show and on twitter.

The feud between Kanye and Amber started when Kanye mentioned Rose’s son during a fight with Wiz Khalifa. “You let a stripper trap you. I know you mad every time you look at your child that this girl got you for 18 years,” Kanye went off in one of his famous twitter rampages.

Amber responded by sending out a tweet implying Kanye enjoyed butt play during sex. Kanye went on the defensive and denied the accusations. The feud came to an end when Amber and Kim Kardashian took a selfie together and shared the photo on Instagram. 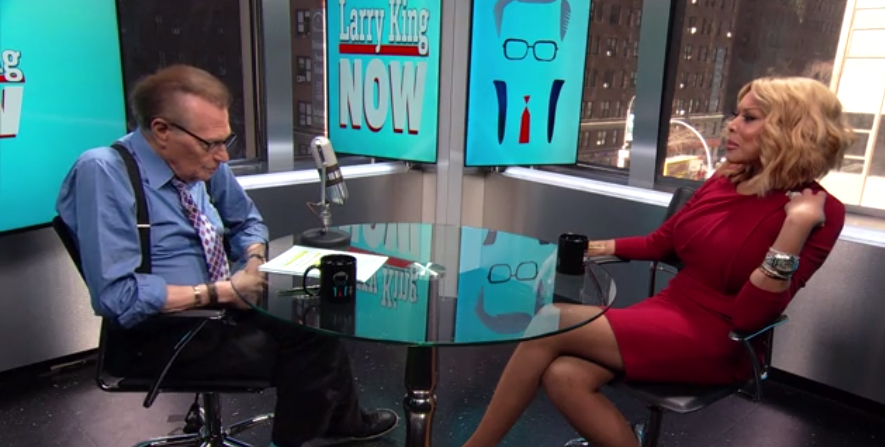 Larry wanted to get Wendy’s opinion on the feud.

“Well, Kanye is married to Kim if that’s what you want to call that relationship,” Wendy starts. She went on to explain more about the situation and Amber Rose then stopped to ask Larry if he really wanted to hear the story.

“Why don’t you discuss it on your show?” Larry suggested. “And you’ve gotten everybody mad at you. Is that’s what happened?” He continued referring to how Wendy is known for not holding back on her talk show, The Wendy Williams Show.

“Larry, I’ve lasted because I don’t care.” Wendy went on to say that she does not read the comments. She just does the show and then goes home.

While on the show Wendy also talked about her career and Donald Trump. You can watch the complete interview below.

Julia Fox Talks About Her Kanye West Dates: “If This Is Any Sign Of Things To Come, I’m Loving The Ride”

Right Before His Date Night With Julia Fox, Kanye West Was In A Hotel Room With Two Mystery Brunettes

Kanye West Went On A Date With Julia Fox Of ‘Uncut Gems,’ Who Is Single