Michelle Obama is the Most Hated First Lady in History

An accomplished lawyer with two Ivy-league degrees is at the top of the list of history's most hated First Lady. The public's reasoning is fairly recognizable.

Thanks to the results of the 2008 presidential election, the world was introduced to Michelle Obama, First Lady to incoming President Barack Obama. Michelle, an accomplished lawyer and writer with two Ivy League degrees, was met with harsh criticism since before her first day in office, mainly from the right side of the aisle.

Michelle Obama fueled the hatred with her multiple scandals during the presidency. Except… she has not had a single one.

Guilty by association is the name of the game here. Michelle Obama is guilty by being the wife of Barack Obama. “Obama is destroying/has destroyed this country!” – Something that has been screamed to the heavens for the past near-decade. Except, he hasn’t.

Now to those who do not support Obama, I understand the political side of the argument. You may not agree with everything a president does. Economic and social-change numbers do not lie, but that is an argument for another day. Personally, I do not identify with a party and I believe it would be foolish to say the left has not hated on the First Ladies of the past. Certainly, the left placed hate on Laura Bush during the Bush administration. Bush, however, did not necessarily destroy the country, but did have a large role to play in the economic downturn we have faced since 2000.

To be clear, Bush had nothing to do with the bank crisis that led to the biggest recession in recent memory. At the very least it is not a direct correlation. However, his expansion on the practice of voodoo economics did lead this country down a path that was not stable, to say the very least. Regardless, neither political party has any merit in attacking the family of the president for undue reasons.

Nevertheless, many pundits criticize Michelle Obama on a regular basis, citing many reasons: A distaste for elites, a false association with Bloomberg, her support for healthy food in school cafeterias, her support of the Common-Core initiative, and her support of gay marriage. 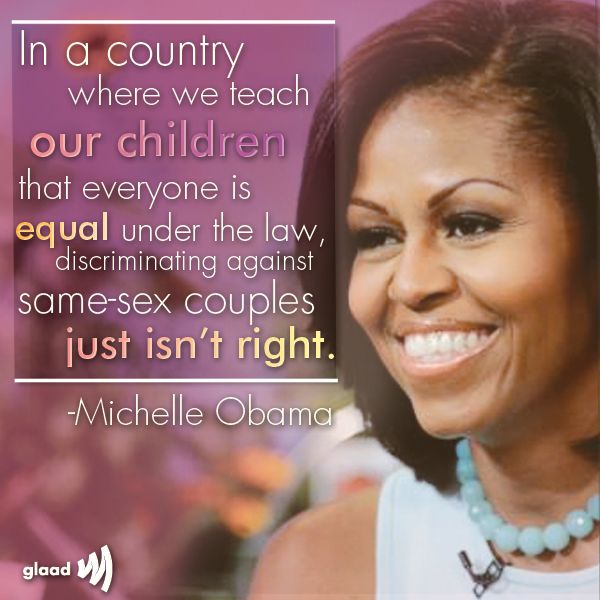 To be fair, these are issues that have many angles of attack and not everyone will have the same views. I do not support the common-core initiative as it is a “watering-down” of the education system we have here in America. Likewise, the move to have schools display healthier food options has led many schools to cut costs and introduce non-edible foods to their students, an unforeseen action many never expected, but is greed really surprising?

When it comes to her stance on most other issues, one has to take a step back and see that she is just taking a stance on the side of humanity. She is only looking out for the health of our children with the health-food initiative, something that is declining rapidly due to the types of foods we choose to consume. And when it comes to gay marriage, if you disagree with that, you may just be an outright bad person. There is no middle ground here; you are either a very hateful person or very misinformed, take your pick.

And, of course, I would not be doing my due diligence if I did not mention a larger reason why many feel Mrs. Obama is the worst First Lady. To some people, there’s something about her that’s a little “different.” Almost like she’s a little too “tan” for some people. Hmm… I wonder what it could be? This is not just playing the “race-card.” It has become far-too-evident in the search for our President’s replacement that racism still exists in this country. If you’ve missed that, then well… someone needs to pop your bubble.