Are you afraid of going to the doctor? Well if you don't enjoy Season 2 of "Scream Queens," you definitely need to go and get your funny bone checked.

Why do I love Scream Queens?

Season 1 of Scream Queens was filmed in Lousiana and you all know my love for The Crescent City!

Season 2 was filmed in LA (Los Angeles), but LA is also the state abbreviation for Lousiana.

The Scream Queen cast and Fox network have come together to help the victims of Baton Rouge.

Louisiana holds a special place in our ❤️. Join #ScreamQueens by helping the flood relief & text HELPLA to 313131.https://t.co/JpfNp2SCEq

Season 2 is scheduled to premiere Tuesday, September 20th at 9:00-10:00 PM ET/PT and I will definitely be watching!

“Oh, My Gauze” is just some of the many new phrases the show has been advertising along with the new gallery photos, which introduce new cast members John Stamos as the sexy Dr., Taylor Lautner as the hunky assistant, and James Earl as the adorable orderly.

But don’t worry because Scream Queen regulars Jamie Lee Curtis is back as an M.D. (Mental Doctor) with a Ph. D. (Pretty Hectic Disorder) with Keke Plamer as her understudy and I assume Lea Michele aka Hannibal Hester is their voluntary patient.

Then you have the icing on the cake, looking pretty in pink, the Chanel’s…

So what do I think is going to happen on S2 and what is the plot about?

Well this is just a guess, but I think the Chanel’s get to work in the hospital ward after displaying good behavior in the mental ward they were detained in…think of the movie 12 Monkeys patients mixed with Bates Motel psycho personality disorder & whole lot of In Living Color, Homey Don’t Play That Laugh out Loud moments! 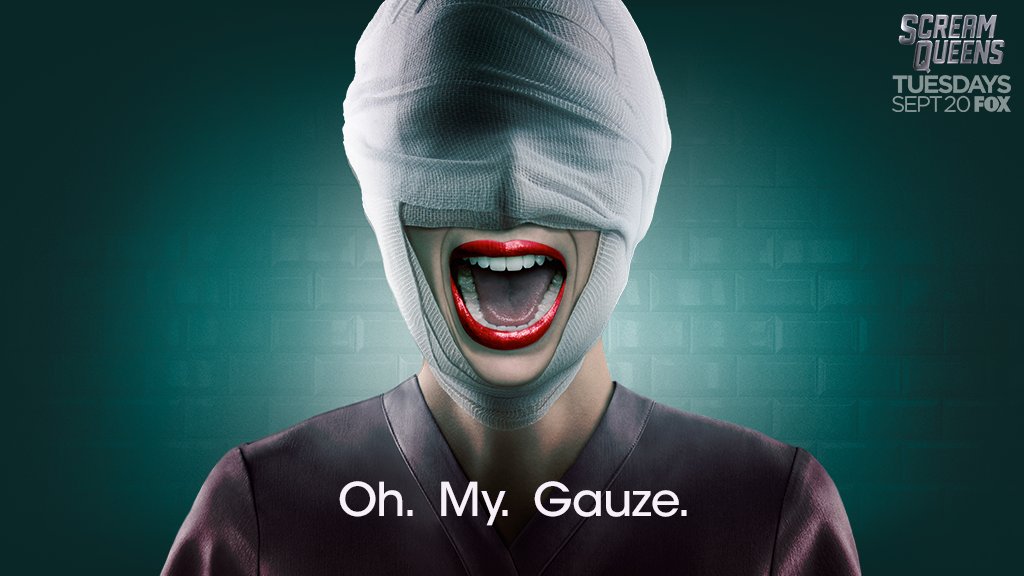 ‘We’re Going To Have A Lot Of Fun,’ Says Piers Morgan, Who Has Returned To Fox

American Grit’s Tee Marie Hanible: From American Hero to Reality TV Star and How She Hopes Her Spotlight Can Help Her Fellow Veterans