Author Peter Davidson gave funny and informative advice to his grandson, Joel as a wedding present but now his guidance has caught on and become a phenomenon in his current book, “Marital Advice to my Grandson, Joel.”

When my grandson, Joel, got engaged I decided to jot down a few words of marital advice for him, based on my vast experience as a husband. Sure, much of the advice is off-the-wall and wacky, but it’s also an upbeat, insightful, humorous look at married life that any engaged, married, or even single person can relate to and enjoy. This is not the type of advice that you’ll find in a textbook on marriage or in a book on marital relations written by some psychiatrist. This is the real stuff for real people.

What made you write the book for your grandson, instead of your own children?

When my own children were born, I was not wise enough or experienced enough to have developed these perspectives.  Through the years, though, I occasionally would share with my children some of these ideas when situations arose.  When my grandson got engaged, I had years of experience to draw upon to share with him.

What do you consider to be a ‘Proper Husband’ when there are so many lifestyles choices that include culture, tradition, religion, and heritage?

Good Question.  I’d describe a “Proper Husband” as one who honors his marriage and who works to make it a success and a man who loves and cherishes his wife and family and does his best to support and encourage them.

If I may, how long have you been married and is it your 1st and only marriage?

My wife and I have been married 47 years; first and only marriage.

How did you present this book to Joel, your grandson? Did you give it as a gift he opened when he came back from his honeymoon? Or did you read excerpts from it at the wedding toast?

A few bits of “wisdom” were read at the wedding reception, and they brought the house down.  The material, which eventually became a blog and then a book, was still evolving at the time of the wedding.  About six months after the Wedding of Joel and Abby, I had enough material to start a blog, www.maritaladvicetomygrandsonjoel.com.  Joel and Abby were unaware that I was compiling enough material for a book.  When I got to that point, I surprised them with a copy of the manuscript.  They have the only copy of the original manuscript.  Now that the material has been published as a book, I gave them ten copies of the book as a gift to share with their families.  The book is essentially the same as the original manuscript, with about 100 slight improvements and changes. 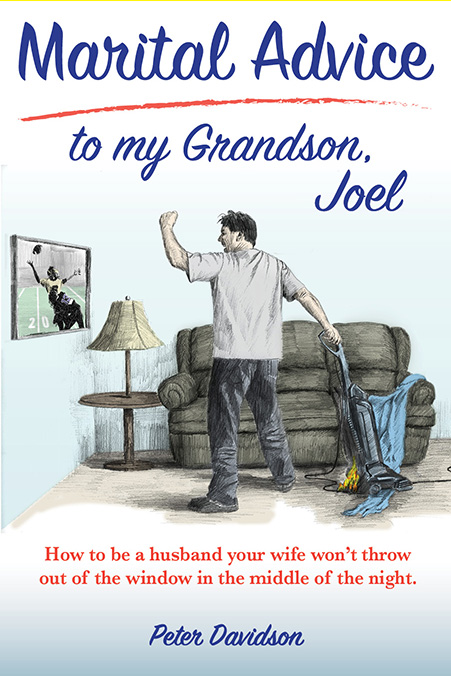 Are you doing in book tours or in-store readings?

Right now, my wife and I are at our winter home in Arizona and I am working with book bloggers and book reviewers to help publicize the book.  I enjoy doing book signings and hope to do some in the future.

Since this book has a humorous tone, is it meant to be taken seriously or just insight on what you’ll experience with women and a playful way to deal with it?

When writing the material for my grandson, Joel, and then the blog, and then the book, my goal was to provide solid, useful advice in an upbeat, fun, tongue-in-cheek, humorous manner that would be fun to read.  Another goal was to make the book long enough to provide valuable information but short enough that a guy might actually read it.  I have received quite a few comments from women who appreciate the book’s humor and positive message.  The tone of the book is very positive about women and marriage.

Is chivalry dead? What is your response to a younger generation that may say, dating, marriage, and women aren’t like that anymore?” For example, “Does this make my ass look big?” (Big butts are in now)

The example of the wife trying on a new dress and asking her husband, “Does this dress make my ass look big?” is used as an example of how a husband is often at a crossroad where he can say something negative that will upset or crush his wife’s feelings, or he can say something positive that will complement and encourage her. I believe this concept of supporting and encouraging one’s spouse should live in a marriage on a daily basis. As far as chivalry, I describe it in the book as a man extending to a woman courteous, honorable, polite, respectful, attentive, gallant, and well-mannered behavior.  Maybe the word, gallant, is going a bit too far, but the other suggestions should be the way any man should treat any woman, and particularly his wife, in my opinion.

Any plans to write another book? If so, what will it be about?

I have a manuscript completed: GOING OUT WITH A BANG!  Making Your Mark . . . . Leaving A Legacy . . . And Then, A Final Farewell That’ll Knock Their Socks Off! Right now, I’m working on publicizing Marital Advice to my Grandson, Joel.  After that, I’ll look for a literary agent to represent, GOING OUT WITH A BANG!

What did Joel and his wife think about the book? Does the book hold any quotes from them that you published on the back cover?

Joel and Abby were really surprised when I gave them the original manuscript that became the basis for the blog and the book.  They loved it and are really excited about the published book.  I should mention that rather than putting my photo on the back cover as the author, as is commonly done, the wedding photo of Joel and Abby is on the book’s back cover.  I did not ask Joel and Abby to write anything for the book’s back cover, not wanting to put them on the spot to come up with something clever and print worthy.  Besides, I wanted to surprise them with the book in its final form.  Believe me, they were surprised! 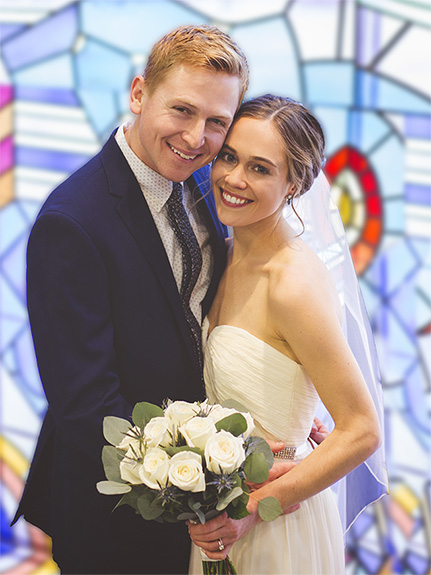 Joel is a teacher at a charter school and Abby is Dr. Abby; she has her doctorate in pharmacy and is a practicing pharmacist. They live in Minneapolis, Minnesota.

‘MARITAL ADVICE TO MY GRANDSON, JOEL: How to be a husband your wife won’t throw out of the window in the middle of the night’, is author Peter Davidson’s twenty-ninth published book.  His other works include novels, non-fiction, college textbooks, and children’s picture books that have been published by McGraw-Hill Book Company, Perigee/Putnam Publishers, Sweet Memories Publishing, Haworth Press, and more, which are available for purchase amazon.com, barnesandnoble.com, Ingram, Baker & Taylor, plus numerous other sources.  You can learn more about author Peter Davidson and his publications via his LinkedIn page.

SWV Are Back With A New Single

SWV are back with a new single, 15 years after releasing their last studio album. The trio is set to launch their new album on the 10th of April.
byBernadette Otieno

Nipsey Hussle’s death is still hitting everyone hard, but recently T.I. compared his death to a loss on the Avengers.
byBrennen Jones

Spike and Nickelodeon Have Teamed Up To Create ‘Lip Sync Battle Jr.’

The popular cable television competition Lip Sync Battle on Spike is about to add a new generation.
byChristina Jeter

California created new legislation that will end the 10-year ban on the statute of limitations which will allow victims of sexual abuse to confess when they are ready to come forward.
byTUT Staff