“Sorry to Bother You” Sneak Peek

On June 14th, L.A. hosted the Sundance Lab film ‘Sorry to Bother You’ and gave us an inside look into the upcoming film.

The entertainment industry is always looking for the next “it” thing, but success isn’t just ranked by top box office numbers, but also critics; professional or not. June 14, 2018, Los Angeles, CA, hosted the Sundance Screenwriters Lab alum film, “Sorry to Bother You,” a feature film by writer/director, Boots Riley. The itinerary stated doors open at 7:00 pm, with Riley receiving the Sundance Institute Vanguard Award, by 7:30 pm. However, the eager and patient crowd continued to wait in line, which led down the street and around the corner, close to 8:00 pm. Once inside the Ace Hotel, attendants had to stay focused and not be persuaded by the selling of popcorn and wine, and familiar actor faces, because the show was finally ready to begin.

Presenting Riley with the Vanguard Award, was actress Rosario Dawson, who noted her growing friendship with the director, and how the theme of the film was something she could relate to. Moments later, first-time filmmaker Riley, introduced his film to the antsy packed crowd.

“Sorry to Bother You,” is set in the Oakland, CA, area, and has loads of recognizable actors, who play atypical roles, at a telemarketing company. The supporting cast includes a cussing, Danny Glover; a suave Steven Yeun; and a weird Omari Hardwick, basically a typical workplace. By the cheers and laughs, it was easy to see how the audience could relate to the work dynamics of the film, which included the main character, played by Lakeith Stanfield, taking any job, just to stay afloat. “Sorry to Bother You,” crossed multiple worlds, magical, future, and unbelievable, until the audience realized that the images being projected on the screen wasn’t too far off from reality, since January 20, 2017. The aspiring artist in attendance could easily relate to the character’s dilemma of doing what you love, doing what pays the bills, or doing whatever it takes to keep up with the Jones’ or the Carters.

After the screening, the audience was treated to a Q&A with the director. Riley shared “Sorry to Bother You,” was written in 2012, and felt the world hadn’t changed much to make his ideas irrelevant. Riley hoped after watching his film people would be engaged in the world and want to fight and get involved with campaigns. “Sorry to Bother You,” appears to be the next “it” film audiences have been waiting for. Once the Q&A was over, the audience was released back into the hotel lobby for an after-party, with music and swag trinkets. Although late in the evening, actors, producers, and executives stayed in congratulatory spirits about the film; which made for a great time for aspiring artist to network, but most slowly exited the hotel before the party ended since they had work in the morning.

Sorry to Bother You, releases July 6, 2018, check your local listings.

You can watch the trailer below:

Author
Moe N. Reed
A creative with a background in screenwriting and entertainment news.
Previous Article

‘House Party: Tonight’s The Night’ Sweepstakes! Enter For Your Chance to Win a Free DVD Copy of Movie!

Enter for your chance to win a DVD copy of the latest installment in the House Party franchise.
byBrennen Jones

Between JOMO's booming voice and slow flow, it's hard not to think of Tupac.
byVictoria Johnson 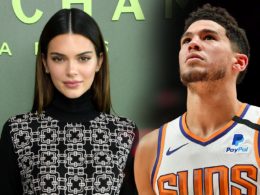 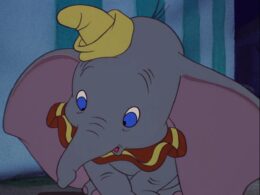 These warnings can be found on the details page of each film. Others run as a 12-second statement prior to the movie’s start.
byBien Luigi