France wins the World Cup! The Highlights of the Game

France takes home the trophy for the second time, winning against Croatia 4:2

The final match between France and Croatia was nerve-wrackingly exciting, but also unexpected. As Croatia lead the game for most of the second half, France kicked in right away – a game full of kicks, penalties, and surprise results. Both teams fought hard, but France eventually won with an awesome 4:2 victory over Croatia. This is France’s second World Cup win. Their first was in 1998, 20 years ago, when they took home the trophy for the first time while also hosting 98’s World Cup in their own country. France made it to the finals again in 2006, but lost against Italy. For Croatia, this was their very first time making it to the finals. 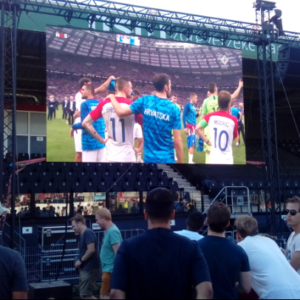 Although Croatia was dominating at the start of the game, an unlucky moment hit them badly. Croatian forward player Mario Mandzukic made an own goal during the 18th minute, trying to protect but accidentally hit the wrong direction, making a goal for France. Croatia fired back in the 28th minute: Goal by Ivan Perisic – a left footed shot from the center of the box to the bottom right corner, assisted by Domagoj Vida. During the 34th minute however, a bad clearance gets deflected as it looked like the ball bounced off the hand from Perisic. Even the referee wasn’t sure enough, so the VAR – short for video assistant referee – was brought in for help. As the VAR reviewed the decisions with video footage (the first time this method is used in a World Cup) it was decided for penalty for France. Antoine Giezmann, who was later named the Man of the Match, smoothly but surely makes the perfect penalty goal – cool and calm – with a left footed shot to the bottom left corner. An important second goal for France by Giezmann, who also later saved an attempt on the 47th minute, just at the start after half time.

During the second half, France made two more goals in 6 minutes – goal #3 by Paul Pogba and #4 by 19 year old Kylian Mbappé, both shot from outside the box to the bottom left corner, while Mbappé was assisted by Luas Hernandez. Mario Mandzukic, who at the beginning of the game shot an own goal, paid back his dues by shooting right this time: The 2nd goal for Croatia, shot from the center of the box to the bottom left corner. With extra time, the game took a total of 96 minutes with France as the champion, the new king of the World Cup. French football manager Didier Deschamps was lifted up into the air by the French team, expressing their joy. 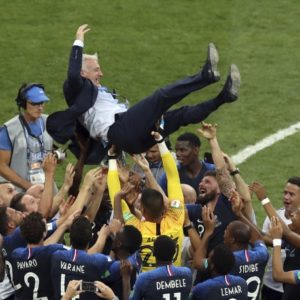 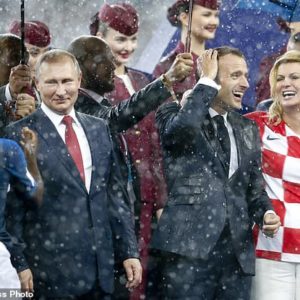 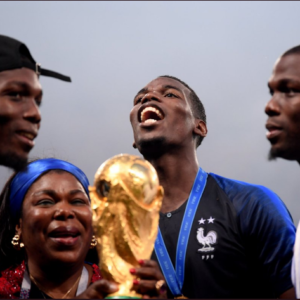 Facebook Says Russian Trolls Were At It Again, Used Fake Accounts to Target Voters Before Midterms

Who’s afraid of Trump? Not enough Republicans — at least for now

Dubrovnik: Croatian City by the sea has it all but hidden away

After The Birth Of His Daughter, Ed Sheeran Came Close To Quitting Music

Dr. Boyce Watkins Is Called Out By Lil Nas X For His Homophobic Tweet About His New Video: ‘Y’all Hate Gay People And Don’t Care’

Due To A Boat Blocking The Start, The Olympic Men’s Triathlon Had To Be Restarted