It’s been a year ago since Gawvi dropped his LP ‘We Belong’. His unstoppable drive as a music producer, both for hip-hop and EDM, brought him back with new material as if no time had passed. The result of his new music video is stunning. The visual for ‘Fight for Me’, featuring rapper and label-mate Lecrae, is uplifting and heartwarming as Gawvi acts as a role model – guiding a boy to a right path in a playful matter. A must-see. 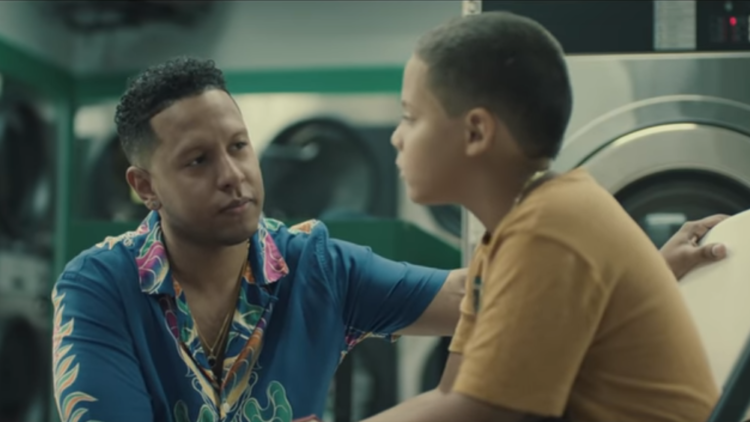 Originally the mastermind of many music productions for label Reach Records, most notably Lecrae’s ‘Nuthin’ as well as Trip Lee’s ‘Sweet Victory’, Gawvi now presents himself as a new artist by singing and rapping his own songs. Releasing audio track ‘Slingshot’ a month earlier, ‘Fight for Me’ acts as the second track for an upcoming album, while the song is already put in the label’s ‘Summer Eighteen’ Playlist. ‘Fight for Me’ has elements of Hip-Hop, Pop, and EDM. On Gawvi’s Instagram page he shared the story behind the song: “I wrote Fight For Me from a frustrated place I was in last year with feeling like Christian industry wasn’t supporting/understanding the music I loved. Like in anything there are always rules and I hated being stuck to it.” He continued explaining the lyrical content: “As I kept writing I realized this song was bigger than my frustrations. Everyone is fighting for something they believe in or to survive. Fighting to have papers in the States, fighting to have a relationship with a dad, fighting to be the first female president, fighting for dreams and fighting for the Kingdom. We all need someone to fight for us.” 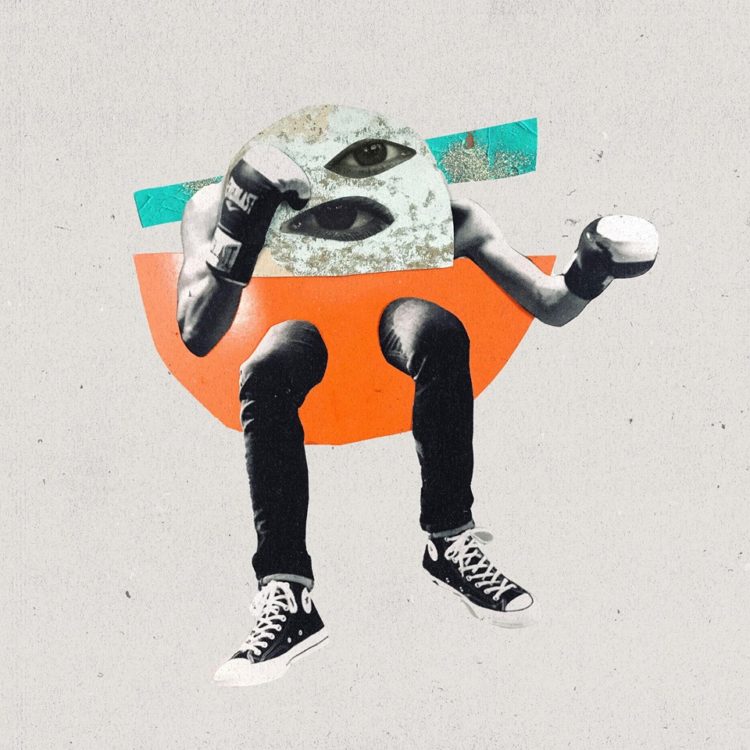 The music video, released July 13th, depicts Gawvi as a role model for a young boy, encouraging him to focus on education instead of following a wrong path. Not only does he teach the boy important values but is also playful and funny towards him, showing that life does not always have to be so serious. Therefore, Gawvi represents a great father figure, as it was explained early on in the video that the boy’s parents are absent. 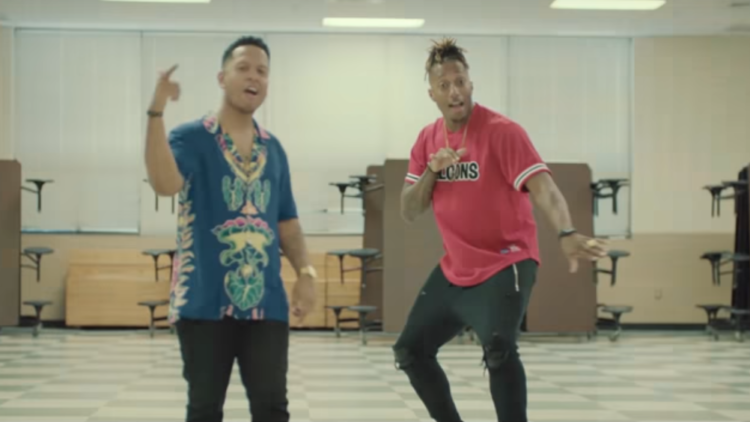 The video starts off at a laundromat. Boxing gloves spin around in the dryer, reminiscent to the song title, while the young boy sits on a chair reading a school book. Gawvi, busy at the laundromat, is walking towards him: “Listen, man, I know mom and dad’s not around. I just want you to focus on the books, alright?” In spite of Gawvi’s words, the boy gets distracted from people outside, as the laundromat is next to a gas station. The book falls on the ground while he goes outside where he sees a big red shiny jeep. The owner behaves like a player, accompanied by three females and flirts with one of the girls, and drives away. The boy is curious and waves back to the girls in the car, while Gawvi hands him his book, getting him back on focus, and dances around with him. Back home, Gawvi works on his music while the boy imitates a thug behavior in another room, showing his muscles and handling money bills. Gawvi, who disapproves his imitating behavior, puts his attention to the boy and bonds while biking around with him on the streets. They enter a library and collect books to rent. Lecrae raps his part in a hall while lights flash on and off. When going outside, a pile of loaned books placed on the boy’s back of his bike fall on the floor, and the scene changes back to the laundromat scene when his book fell on the ground the first time. As is seems it was just a dream, Gawvi comes towards him as they start a clothing fight while laughing. Gawvi puts his arm around the boy while they’re leaving the laundromat, holding his book in his hand.

A heartwarming visual that depicts an important issue in our society. You can watch the video here:

Gabriel Azucena aka GAWVI (stylized in capital letters) dreamed of being a musician at an early age and got inspired by Tejano-singer Selena Quintanilla-Pérez. As his sister was a big fan of Selena and wanted to become a recording artist, Gawvi was amazed that Selena’s brother was her producer as well, getting the idea that he could make music for his sister too. As shared on his YouTube-documentary, his life began to change during 9th grade, when a friend gave him the first volume of the music program FruityLoops, just so he could ‘mess with it’ and have fun. His mother, who did not approve of cuss words in hip-hop and once even broke a Dr. Dre CD he lent from a friend, eventually saw his passion for music and handed him a Christian Hip-Hop album ‘Human Emergency’ by Cross Movement. As he was blown away, he dug right into inspirational hip-hop, eventually discovering the music of Christian rapper Lecrae – to him the ‘coolest guy ever’. Gawvi, who back then was known as G-Styles, stalked him on three of his concerts. Lecrae saw potential in his CD’s he gave him during the meet and greets after his live performances, but could not get in touch with him earlier as Gawvi, by mistake, never left his contact info. Convinced by his talent, Lecrae invited him to Reach Records’ office in Memphis. As it was in the middle of the hood, he was taught living out a Christian life in the community. There, he was eventually signed to Reach Records as a music producer, contributing on productions for Tedashii, Trip Lee and obviously Lecrae – and is maybe most famous for his contribution on ‘Crae’s 2014 album ‘Anomaly’ (‘Nuthin’, ‘Say I Won’t’ (feat. Andy Mineo)). His talent as a music producer even got him the chance to work with Pharrell Williams and Rodney ‘Darkchild’ Jerkins.

Between the ages of 17 until 20 however, Gawvi suffered a major depression, lead by the divorce of his parents. Alcohol, clubs, and sleeping around with girls became a lifestyle that was not who he truly was. He, later on, was encouraged by people from his community who helped him sort out his emotions he had since High School, then finally started building on his relationships again and stopped drinking alcohol.

At a certain point in his career, when he noticed the positive vibe of the tracks he created for Lecrae and Trip Lee, he was asking himself ‘What if I did that?’ and became interested in being a performer. In 2016 he presented himself as a solo artist, dropping two EP’s – ‘Lost in Hue’ and ‘Holding Hue’. In 2017 he released his first full-length album ‘We Belong’, including his single ‘Rock n Roll’ (feat. ELHAE). His third EP, ‘954’, was released in 2017 as well. The release of his upcoming album is unknown, but most likely will drop later this year. 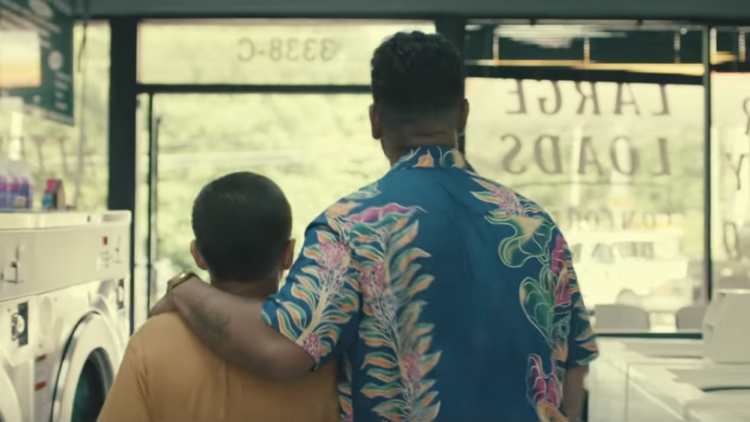