Most religious and caring people promote the giving of charity to those in need. Both Jews and Christians…

Most religious and caring people promote the giving of charity to those in need. Both Jews and Christians are encouraged to practice tithing, where 10 percent of one’s income is given to charity.

When choosing an organization to donate to, however, it is sometimes difficult to tell which organizations are legitimate, good charities based on Judeo-Christian principles that will ensure that donations are used for the purposes in which they were intended.

Interfaith Relations: The International Fellowship of Christians and Jews

The idea that donated funds must go directly to the people in need and towards the mission of the organization came naturally to Rabbi Yechiel Eckstein, IFCJ Founder and President. Eckstein hires volunteers and social workers to ensure that IFCJ donations get to the people who really need it. The Fellowship’s volunteers distribute the aid, which is identified through their close contacts with municipal social workers.

“In order to be a good, religious charity, an organization needs to demonstrate that it is successful in many different areas and that every penny is used to its fullest,” explained Yael Eckstein, senior vice president of the International Fellowship of Christians and Jews (IFCJ).

According to IFCJ, the Bible has acted as the guidebook towards a better understanding of charity and the organizations ensuing programming. If you are asking yourself if IFCJ is a good charity, keep this in mind: “The Bible is clear – feed the hungry, clothe the naked and shelter the poor,” said Eckstein. Thus, IFCJ focuses on each of these objectives through their international programming.

Based in Jerusalem, ICSD believes in change through eco-tourism. Building bridges between faith groups, experts and religious leaders in the field of sustainability, ICSD promotes peace through education, advocacy and action-based programming.

Executive director Rabbi Yonatan Neril has related his goal of “coming together to promote a sustainable future while showing the possibility of interfaith collaboration to overcome tension.”

ICSD’s eco-tours introduce tourists to global and local environmental challenges and Israel’s solutions, taking them to various organic farms, green businesses, and nature reserves to learn more. Such ecotourism allows tourists to review the Biblical scriptures of prophecy and to see for themselves the great restoration taking place in Israel.

Tel-Aviv based Shurat HaDin is a terrorism-fighting organization that aims to safeguard Jewish rights worldwide.

Through the legal process, Shurat HaDin defends the Jewish State against lawfare suits as well as academic and economic boycotts.

Nefesh B’Nefesh, with its headquarters in Jerusalem, works in cooperation with the Israeli government and The Jewish Agency for Israel to revitalize North American and UK immigration (aliyah) to the Jewish homeland.

With pre, during and post immigration guidance, olim who come to Israel with Nefesh B’Nefesh often find jobs faster and enjoy a “soft landing” in Israel.

More than 1700 Christians from 20 countries have volunteered in Judea and Samaria over the past ten years as a part of HaYovel’s mission to provide hands-on advocacy for Israel and strengthen the country’s small, independent farms. HaYovel is the largest volunteer organization in Israel.

Tommy Waller, President and Founder of HaYovel, believes that it is the responsibility of every Christian to “bring more feet to Israel and keep the restoration moving in the right direction.” Like Eckstein of the IFCJ, Waller finds meaning in improving the relationship between Israel and Christian Zionists.

Build Up Israel is a project of the Am Yisrael Chai Foundation, offering people the chance from anywhere in the world to select a building project in Israel and “send” a brick towards its completion.

The organization informs the public about positive building projects in Israel, focusing on the building of hospitals, new schools and new life. The project has funded the building of a medical call center, children’s center for special education, cultural center for Ultra-Orthodox soldiers, a mikveh (ritual bath), a medical and rehabilitation center, community and youth activities center, a synagogue and more.

“That is the kind of building people like to hear about but is never reported in the news,” said Rabbi Shmuel Sackett, Founder and CEO of the Am Yisrael Chai Foundation.religio

Although Leket Israel does not have a religious affiliation and works to serve all of Israel’s neediest – Jews and non-Jews alike – there is no question that the organization is fulfilling the Biblical commandment of feeding the hungry. Leket Israel has served more than 2 million hot meals, as well as more than 15,000 tons of fruits and vegetables to those in need.

According to Leket Israel, nearly one fifth of Israelis are living in food insecurity – they are often hungry and their nutrition requirements go unmet. To meet this challenge, Leket Israel works within the Knesset to reduce salvageable waste for consumption.

Israeli charity Just One Life is named after the Talmudic teaching that “He who has saved just one life it is as if he has saved the entire world.”

The organization’s goal is to provide an empowering opportunity for women to make good, smart and educated life-enhancing choices in often in difficult circumstances during pregnancy.

According to CEO Bini Maryles, such circumstances may include when a mother finds out that her baby may be ill, the life of the baby will not be sustainable, women in financial crisis with no way of supporting children, single mothers, married women who did not plan for another pregnancy, those in who are emotionally or psychologically suffering and in need of therapy or support systems.

So far, they have helped over 16,000 families through their programs, which include a 24/7 call-in service, parenting and self-help classes, home visits, clothing distribution, therapy and counseling and up-to-date resources for pregnant mothers.

In a retrospective review of the records of kidney donations from Israel’s Ministry of Health data, Matnat Chaim found that since the organization’s founding in 2009, 494 live kidney donations were facilitated through 2017.

One Israel Fund supports the safety and welfare of the 400,000 residents of Judea, Samaria, the Jordan Valley and reemerging communities of Gaza evacuees. Their work aims to maintain Jewish sovereignty in the Biblical land of Israel. Working with the government and the IDF, One Israel Fund “fills the gaps in medical, social, educational, recreational, preventive security services and other forms of social welfare which are conspicuously lacking in Judea and Samaria.

They have invested tens of millions of dollars for projects including the funding of medical facilities and equipment, surveillance camera and emergency lighting systems, communication gear, armored ambulances, shelters, vans and vests as well as training courses for first responders. In addition, the fund offers financial aid for communal projects such as playgrounds, youth and senior centers, libraries, synagogues and schools.

The Dream That Became a Reality: Calvin Brown 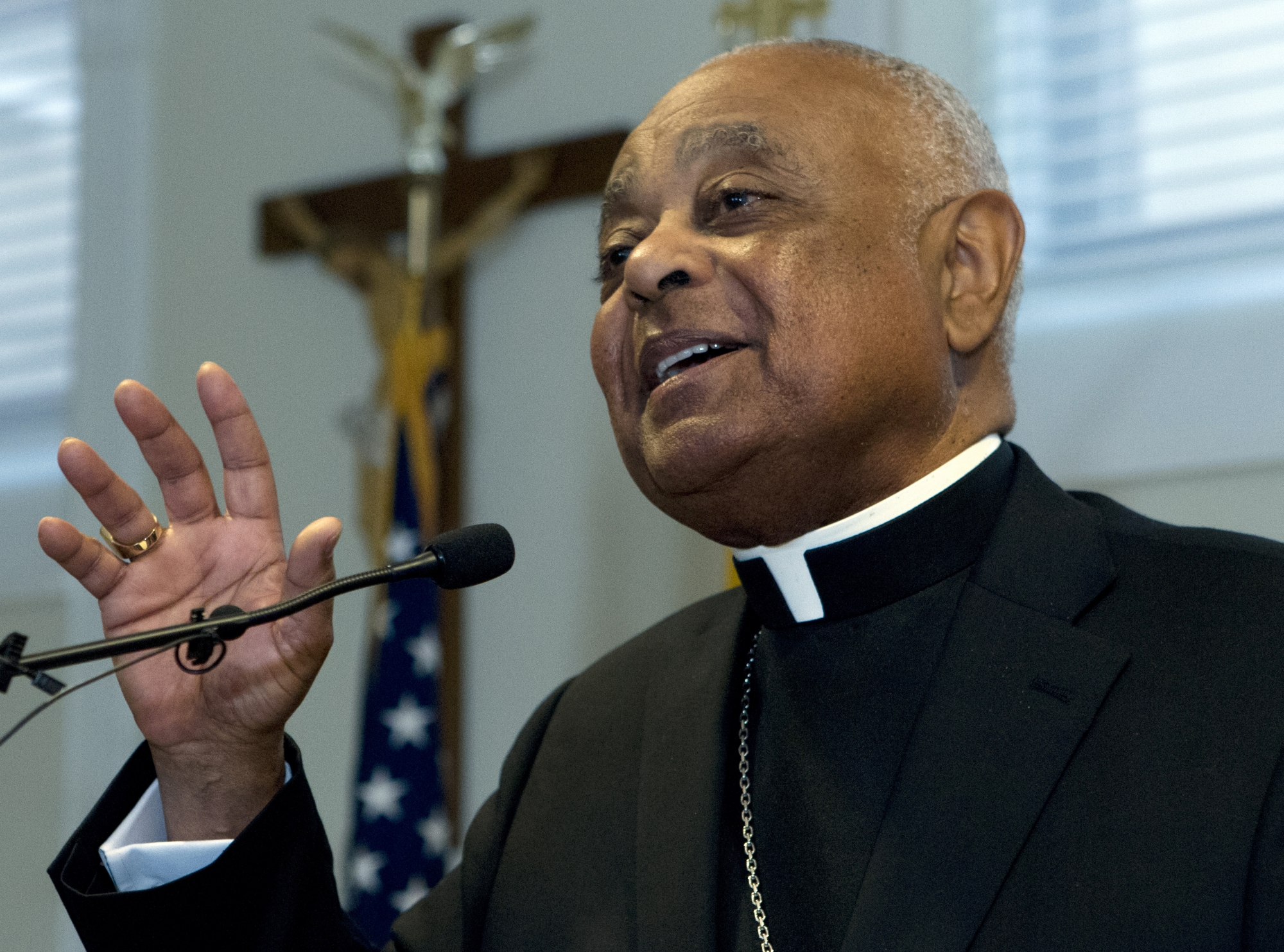 The Archbishop said that Pope John Paul II, to which the shrine was named after, would not condone the use of tear gas and other deterrents to silence, scatter or intimidate peaceful protesters.
byBien Luigi

How Do Non-Profit Organizations Work?

We often throw around the term “nonprofit” without knowing what exactly they are or how they work. Myths…
byJonah Carte

Why Controversy Between Christians and Jews is Archaic

It cannot be said that differences between the faiths no longer exist and that they view things in the same way. But today Christians and Jews are building bridges by recognizing common bonds and traditions. This new understanding has helped heal old wounds.
byJonah Carte

5 Signs He is NOT the One

The Urban Twist gives 5 signs to tell if your man just may not be the one.
byCierra Realer