Biggest Mistakes People Make After Getting Into a Car Accident

No one ever expects that jolting feeling when you find yourself colliding with another car.  One moment you’re going along the road smoothly, and the next second you’re at a grinding halt wondering what went wrong.

No one ever expects that jolting feeling when you find yourself colliding with another car.  One moment you’re going along the road smoothly, and the next second you’re at a grinding halt wondering what went wrong.  Some people’s initial shock transforms into anger, while other people start to panic.

The most important thing to do when you find yourself in a car accident is to stay calm, however.  It’s vital that you make sure that you follow all of the necessary steps to avoid problems later on.  Here are some of the biggest mistakes that people make after getting in an accident, and how you can avoid them.

Depending on the circumstances of the accident, you may assume that it’s your fault.  Even if you believe it to be true, it’s important to leave it to the professionals. Your insurance companies will be battling over proving who was at fault or not.

Saying that you were the cause of the accident at the scene of the crime could work against you later in court.  You’re best off remaining quiet and calm exchanging as little conversation with the other driver as possible other than the necessary information.

Not Calling The Police

Most people are on their way somewhere when they get in an accident and may be eager to get going.  As a result, a lot of people fail to call the police after they hit another car. However, it’s important to call the police so that they can file a report.

Although a police report isn’t guaranteed to prove anything, it can certainly help in having a stronger case.

Not Getting The Other Driver’s Information

It’s vital that you exchange information with the other driver.  Your insurance company needs to know how to get ahold of them to start a claim.  Failing to exchange information could result in a hit and run which could leave you liable for paying for the damages to your vehicle regardless of who’s fault it was.

When emotions are running high in a situation like a car accident, you may forget to take essential steps like taking photos. Taking photos of the damage to your cars ensures that the other driver can’t make a claim later about the damage that wasn’t in fact true.

Not Going To The Doctor

Even though you may not initially have pain following an accident, injuries may flare up later.

A doctor can take a closer look and note any injuries that you have.  Otherwise, if you fail to get a doctors diagnosis, you may not be able to claim your injuries at a later time should they flare up.

The Dream That Became a Reality: Calvin Brown

5 Tips For Starting Your Own Business 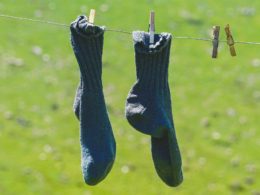 7 Great Reasons to Buy (Another) Jockstrap

How many jockstraps are a part of your underwear collection?
byTUT Staff

How to Give the Gift of Memories

Call it mushy, but many of you will surely agree that memories are priceless.
byTUT Staff

Homebrewing Is legal in your state!
byBradley Robbins

Genucel Leads The Way In Helping Others

While most domestic relationships are comforting and loving, there are unfortunately others where various types of abuse take place.
byTUT Staff