Six years after the original Frozen came out, Disney finally released Frozen 2.  While in production the cast gave their two cents on whether or not Queen Elsa should find a girlfriend in Frozen 2. There was no relationship given to Elsa except that of the ones she already has with her sister, family, and kingdom.

Elsa, the Snow Queen and her sister Anna embark on an adventure far away from the kingdom of Arendelle. Frozen 2 is filled with enchanting heartfelt new songs and Olaf stealing the join by bringing my joyful tears to uncontrollable laughter. The film concludes unanswered questions from the first Frozen. It’s not just a kid story, but an empowering message to show we all belong, have our place in the world, and love is the key to happiness.

Make sure you stay til the end while the credits are rolling because there is additional extra footage, which I think hints at a Frozen 3. 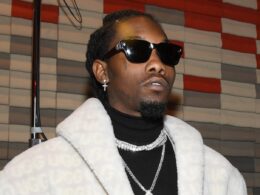