The event, “OWN Spotlight: Where Do We Go From Here?” will air June 9th and 10th.

The event, “OWN Spotlight: Where Do We Go From Here?” will air June 9th and 10th.
Oprah stated, “I’ve been having private conversations with friends and thought leaders about what’s next and where we go from here,” said Winfrey regarding the May 25 death of George Floyd.

Floyd a black Minneapolis resident, while in police custody, and the ensuing days of protests across the country. “I thought it would be of both interest and service to bring their ideas, concerns and comments into a national spotlight.”

The protests were inspired by the death of George Floyd who died at the hands of four police officers, all of whom have been arrested and charged. Derek Chauvin had his charges upgraded to second-degree murder. The other ex-officers have been charged with aiding abetting-murder in the second-degree.

On Tuesday, BET announced the nominees for their 2013 awards show at a live press conference in Los Angeles with appearances by Chris Tucker, Chris Brown, Kendrick Lamar, and Tamar Braxton.
byElisha McNeil 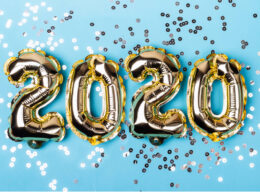