Beyoncé references throughout the single the beauty of Black resilience including during the current racially tense climate that has resulted from instances of police-involved deaths.

A two-for-one treat in celebration of Juneteenth and all Black everything was dropped by Beyoncé when she released a single, “Black Parade,” and debuted an initiative of the same name that’s promoting Black businesses.

On Freedom Day, June 19, the “Freedom” singer dropped the surprise track and gave fans a much-needed new jam in celebration of Blackness and all the strength and beauty it possesses.

She opens the song with plenty of references to the Motherland such as to Oshun, the Yoruba goddess of purity, love, and fertility; the baobab tree, which is native to Africa; and the Ankh, an Egyptian hieroglyph that symbolizes life and fertility.

Beyoncé references throughout the single the beauty of Black resilience including during the current racially tense climate that has resulted from instances of police-involved deaths of George Floyd, Breonna Taylor and many more.

“Rubber bullets bouncin’ off me (Ah)/ Made a picket sign off your picket fence (Ah)/ Take it as a warning (Ah, ah).”

The song was co-produced by her “Lemonade” collaborator and Emmy-nominated music director Derek Dixie, who also helped bring to life the experience that was Beychella.

“Once she honed in on the HBCU (historically black colleges and universities) idea … it was a machine after that. It was just months and months of prep work, making it sound authentic,” he told the Associated Press about the iconic Coachella performance. “She has tons and tons of classic records that when putting the show together, you have to maintain the classic feel of the record but make it feel like you’re in a stadium at homecoming.”

Her husband, Jay Z, also reportedly co-wrote the anthem, along with others.

Beyoncé also released details of her Black Parade Route initiative when she shared news of the song on social media, saying “‘Black Parade’ celebrates you, your voice, and your joy and will benefit Black-owned small businesses.”

The site is a directory of Black-owned businesses that fall under a multitude of categories including arts & design, beauty, fashion, home & living, lifestyle, restaurants & bars, services, wellness & health. Queen Beyoncé credits the curation of the businesses featured to wardrobe curator and costume designer Zerina Akers. Akers has been her personal stylist since 2014 and is founder of the business directory website Black Owned Everything.

She is credited with helping Beyoncé incorporate more African designers and African-inspired looks into her wardrobe and is responsible for some of the Queen’s most iconic looks, including her all-black “Formation” ensemble and the beaded-and-shelled ensemble from her “Spirit” video. 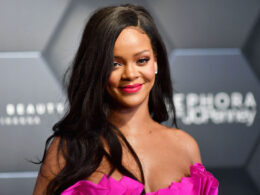 Rihanna, in fact, has made the vast majority of her wealth outside of music.
byBien Luigi 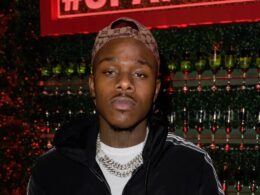 TLC's lead singer has fallen on hard times again.
by