Aside from debating whether Elmo or Barney would win Verzuz, the song is out!

Ludacris having a new song on the way with Chance The Rapper is something regular Verzuz viewers have known for a few months.

During his May battle with Nelly, he previewed it and now, it has arrived.

A laid-back instrumental encompasses “Found You” and on the track, Luda and Chance give odes to a special someone. Ludacris opens the song, “God’s creation / No filters, no imitation / Observations, consistent, you’re amazin’ / So fine, wishin’ that you were mine, but that I’m quite patient.”

Chance provides the track’s hook, singing, “So soft, so soft to the touch / Type love that cause fools to rush / Type love that comes in the clutch / Hey yeah, hey yeah / I learned it’s all by design / So delicate, so fine / I was lost but you brought me right back / I just fell in your lap, I had to follow the map / Then I found you.”

Chance hasn’t hopped on a Verzuz session yet, but he’s paying attention to the conversation surrounding the series. Recently fans debated whether Elmo or Barney would come out on top in a Verzuz battle, and Chance passionately defended his position, that Elmo would reign supreme. Chance might be a little biased, though, since he has guested on Sesame Street before.

‘The Nice Guys’ Trailer: Ryan Gosling and Russell Crowe Are on the Case 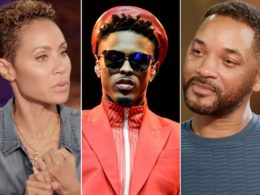